Because we’re here to help you look your absolute best — just trust us. 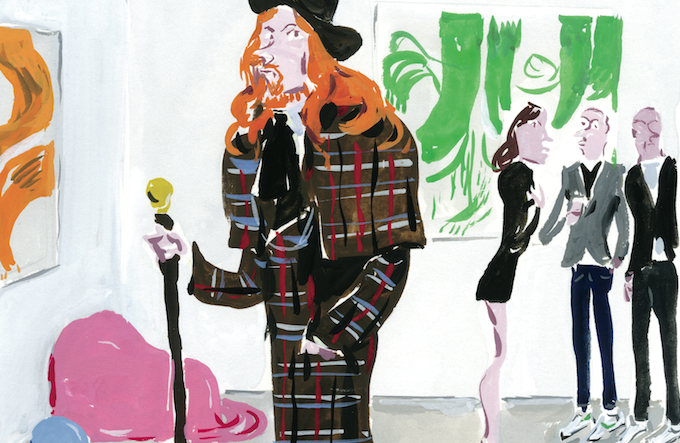 Badges? We don’t need no stinking badges! Yeah, we follow the rules, but we make the rules up as we go along. We rule the rules.

A lot of guys think there is a sort of Ten Commandments of how to dress and behave. And there was, sort of, until somebody smashed them to bits like Moses did with the tablets of law. Maybe the Men Commandments were smashed by Elvis. Others might say Oscar Wilde, Frank Sinatra, James Dean, Mick Jagger. But the point is that the laws of dress and behavior are evolutionary. We have to adapt or reinvent them now and then according to prevailing conditions.

It used to be said that gentleman did not wear white until after Easter and then not after Labor Day. But after canoeing across Greenland and playing gold in Staten Island on Christmas, I came to recognize climate change, and declared that white can now be worn from the beginning of spring training until the World Series. After that we can wear “winter white,” which allows white sneakers, white parkas, toggle coast, and anything passing for alpine camouflage. Now more than ever, we must be adaptable.Things change fast. If you have any questions, ask me. I might be wrong, but I’ll definitely have an opinion. And hey, you, Thou Shalt Not Flip the Collar of Thine Polo!

For a look at all of the questions Glenn answered this month, check out Maxim’s February issue, on stands now. Have a question for Maximus? Contact Glenn at gobrien@maxim.com, and follow him on Twitter at @lordrochester