This ghoulish limited-edition timepiece is literally on fire. 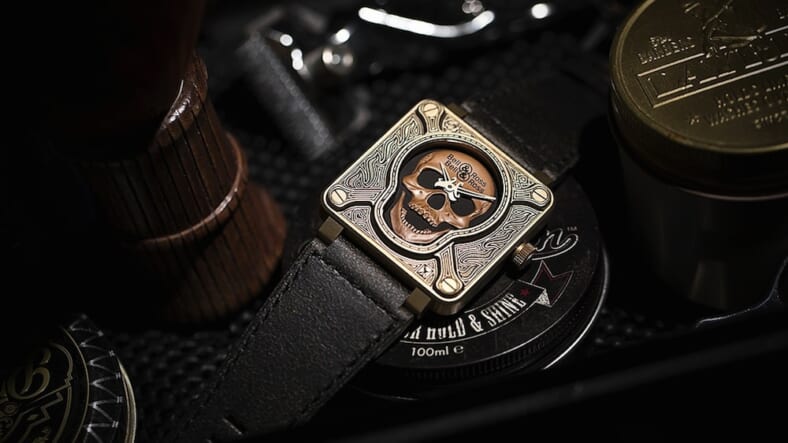 It just debuted its latest BR01 “Burning Skull” model in bronze, as part of a limited-edition drop of only 100 timepieces.

The same three-dimensional relief of a skull is present on the dial, this time in a bronze that will develop a gorgeous patina overtime. It’s created from metal stamping, the same process used to create coins and medals.

The engravings on the steel case surrounding the dial are meant to be sparks flying off the skull emblem. They are all filled with black varnish so that the designs really catch the eye.

While the design is downright out of its skull, Bell & Ross followed usual watchmaking protocol. The watch works off a calibre BR-CAL.302 mechanical automatic movement and is water-resistant down to over 320 feet.

If you are dying for one of these “Burning Skull” watches, you may have to call in a few favors from out East. The bronze model has only been released in China and Hong Kong, and they haven’t released the price yet, but a silver version available in the U.S. goes for a cool $7,700.

Shop the other skull (a.k.a. “talisman”) watches on the Bell & Ross website.