The Spanish midfielder for Mexico’s Cruz Azul is all about bikes, babes and rock ‘n roll. 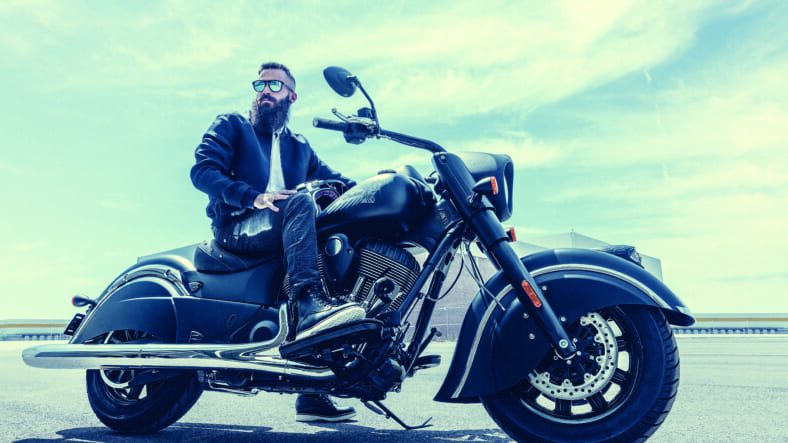 You’d be forgiven for thinking, at first glance, that Marc Crosas is the frontman for a so-cool-you’ve-never-heard-of-it band, or perhaps an artisanal butcher. But he actually makes his living with his feet.

As a teenager in Barcelona, Crosas attended the soccer academy La Masía, right outside Barca’s home stadium. “Every day,” he says, “I daydreamed of getting to step on that field and become a professional football player.” He got his wish in 2006, subbing for the legendary Andrés Iniesta off the bench.

Since then, the 28-year-old has risen through the ranks of European soccer, playing for Lyon and Celtic (with considerably less hair) before landing, somewhat unconventionally, in Mexico. He is one of the country’s most recognizable foreign stars, known for his ability to combine a potent range of passing with an aggressive, fearless style of play.

Crosas originally grew out his beard to celebrate a winning streak, earning him a cult following and the hashtag #SomosBarbaros (we are barbarians). Of his hirsute look, he says, “I have always heard that when things are going well we should leave them alone.”

And so the beard stuck, cementing Crosas’ reputation as an outspoken athlete with a cultivated edge. In his downtime he’s an accomplished guitarist, supporting Guadalajara bands Taco Bambú and Vaquero Negro. His preferred musical style is indie (if you hadn’t guessed), but he listens to all types of music. “In a locker room full of soccer players, you’re hearing bachata, reggaeton, whatever,” he says.

In August of last year, Crosas ruptured his ACL during a match against Club America and was sidelined. The injury, he says, gave him the time to renew his love for football and hunker down with his music while establishing himself as his very own lifestyle brand.

Today, he is the star of his own YouTube series, #MarcAElPaso, which details his idol status in Mexico, his grueling workouts and his inimitable style. He is vocal about his love of soccer, his passion for Catalonian independence and his devotion to his family. “In the end,” he says of his time off the field, “I took a lot of positive things out of a negative situation.”