Finally, Men Are Turning Their Backs on Cargo Shorts

It’s time to admit you don’t need all those pockets. 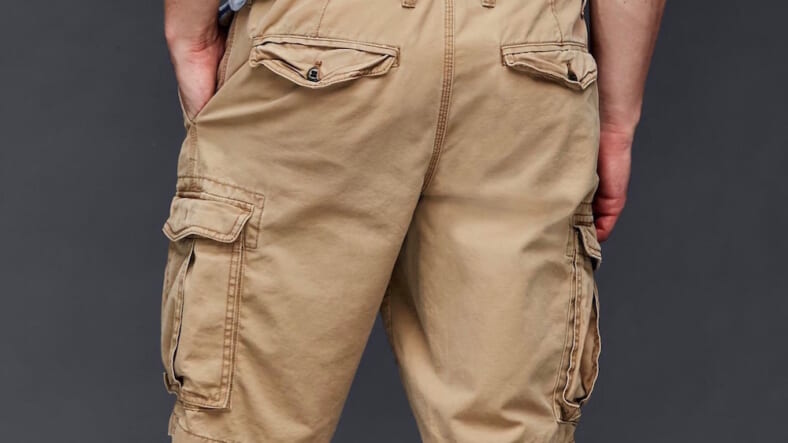 Look down, men. If your go-to summer shorts are beige, ruffled on the side, and boast mini pockets within larger pockets, it’s time to hang them up for good.

Sales of cargo shorts have dwindled for the first time in a decade, according to market research from NPD group. They’ve been derided as too baggy and out-of-fashion for well over a decade, but men are finally hearing the message in terms they will act on: cargo shorts won’t get you laid.

Although cargo shorts have a long history in the military, we didn’t feel their full, loose-fitting impact until the 1990s, when cargo-clad Abercrombie & Fitch models first tried to convince hip teens they really did need up to eight pockets at a time. Where else were they to store their MP3 players, flip phones, and CDs while they cruised the food court?

Even more: many of these pockets had zippers (gasp).

“Those teenagers are now married, and they don’t get rid of their clothes. They don’t evolve,” Joseph Hancock, a design and merchandising professor at Drexel University, told The Wall Street Journal.

Gentlemen, we’ve got ultra-thin iPhones now, and billfolds are more popular than ever. It’s never been easier to say goodbye to the cargo short and embrace the latest summer trend posterity definitely won’t make fun of.