These black beauties are so much more than a pretty dial. 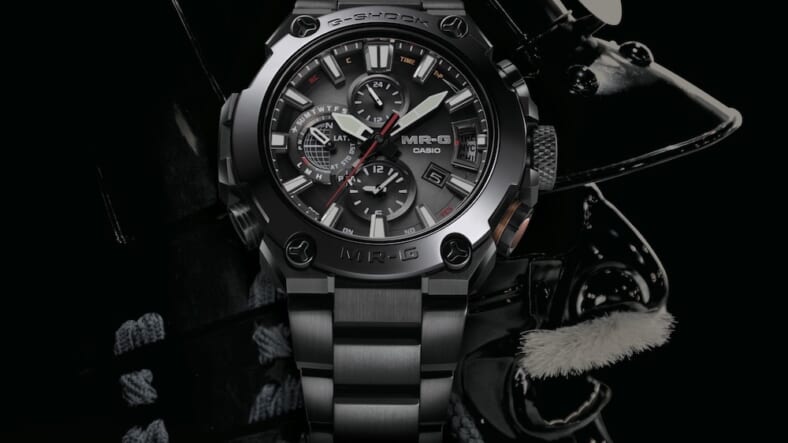 Casio G-SHOCK is harnessing the power of connectivity to tell time with the utmost precision.

The MRGG2000CB-1A, slightly cheaper but still pretty pricey at $3,700, boasts a bezel with a mirrored surface.

The MRGG2000HB-1A, the premium option at $5,000, has a black-dragon inspired bezel with a hammer tone finish. Just take a look at this beast.

Both feature a GPS Atomic Solar Hybrid, which can tell your time and location anywhere on earth.

Even cooler, they work with CASIO’s “Tough Solar” technology, which can charge your timepiece with even the dimmest light source.

You can synch these bad boys up to your smart phone via the G-SHOCK MR-G Connected App, which keeps tabs on key functions like solar charging.

Other standout features include G-SHOCK’s trademark shock resistance, water resistance down to 650 feet, a high-brightness LED light, World Time display with 39 cities, an alarm, a stopwatch, a countdown clock and a reasonably-sized 49.8mm case.

Sure, they’re not exactly a bargain, particularly for G-SHOCK… but all that capability doesn’t come cheap.

Want to cop one of these? They hit shelves and gshock.com in November.