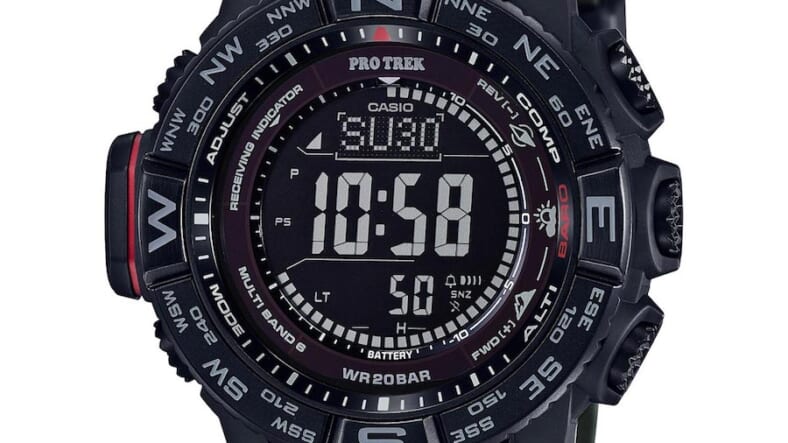 Casio has a new watch coming to its Pro Trek line, which are designed for tactical application but make for some strong civilian watch game nonetheless.

Classified as the PRW3510Y-8, it boasts a Japanese quartz movement, 20 bar military housing, a steel back cover, anti-reflective sturdy mineral glass and thermo-polyurethane strap… all finished in a militaristic black and green colorway.

Its Triple Sensor v3 technology allows for a digital compass, thermometer and a barometer/altimeter while the watch also includes a world-time function, an automatic calendar, a stopwatch, a countdown timer, a climb chart, and LED backlighting.

This model will not be available until later in December, perhaps too late to get one as a Christmas present. It will go for $320.

If you simply cannot wait, one Amazon vendor is already selling models that have been imported from Japan for $357.30, a modest price hike.

Shop other Casio Pro Trek watches, in order from highest priced to lowest, below.