These Cordura Converse All-Stars Are the Toughest Chucks Ever Made

The iconic sneakers just got an ultra-rugged upgrade. 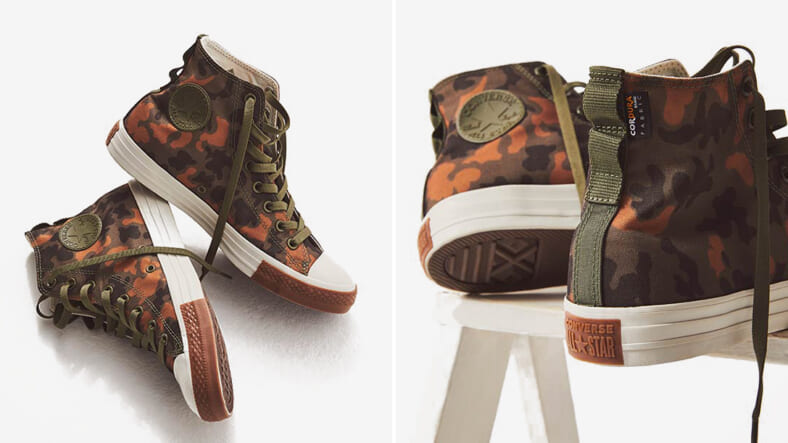 Converse knows that you’re sick of replacing your Chucks every time they begin to show some wear and tear.

So they’re rolling out a model of Chuck Taylor All-Stars in cordura, an ultra-durable fabric commonly used on camping, performance and military gear that is utterly resistant to abrasions, tears and scuffs.

Even though cordura is much stronger than either, it sort of looks like a cross between nylon and canvas, at least on these Chucks.

That makes it the perfect match for a pair of Converse’s most iconic kicks, which we all know are traditionally made with canvas. These look even more like regular Chucks than Converse’s past cordura releases.

Converse was sure to craft them in two cool colorways to get excited about—classic black and an edgier camo print with white soles and brown rubber details.

Look out for them in late July or early August, when they will retail for just $70.