Jonah Hill is among those who are making dad caps cool again. 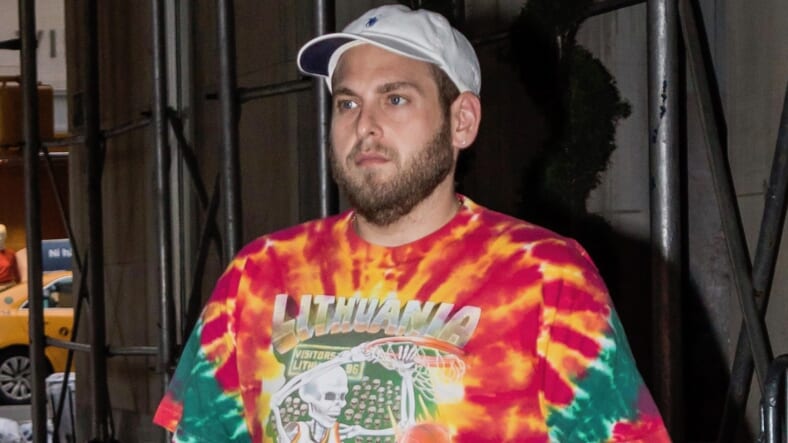 Apparently your dad wasn’t such a dweeb after all.

First, the “dad sneaker” trend made those chunky monstrosities your old man rocked the hottest footwear trend among fashionistas. Now, basic baseball caps that your pop probably favored are becoming the headgear of the moment.

Take suddenly cool streetwear icon Jonah Hill as a case in point. The newly-svelte master of making ugly threads, like tie-dye shirts, look effortlessly chic has been rocking dad caps like a champ lately. Just check him out in a classic white and navy Ralph Lauren hat in the photo above, or in another tasteful dad cap in this video for a Palace x Reebok collab.

J.Crew teamed with Ebbets Field Flannels for this vintage baseball cap with the logo of the Brooklyn Bushwicks, an obscure semi-pro baseball team from back in the day.

Todd Snyder teamed with New Era for a more low-key option, crafted in Japanese twill fabric and available in a functional olive green, as well as other colors.

We’d argue that trucker hats fall squarely under dad territory. Seattle-based outfitters Filson has one in both cotton twill and mesh that leaves an outdoorsy impression.

Your old man probably thought these caps were high-end because they had a dude playing polo on them. But they’re definitely among the classier options around.

Buzzy streetwear brand Supreme was on the trend before anyone, and this camo cap is tailor-made for brand snobs.

Nordstrom offers a variety of denim caps with faux-leather brims. Just head over to its website to select your favorite team.

Ciele Athletics has the monopoly on ’90s-inspired caps that make you look like an eccentric bike messenger. This mesh model in reflective yellow, blue an teal is the just right amount of crazy.

Adidas has a relaxed strapback hat in washed grey cotton that is purposefully less fitted. Don’t worry if it feels a bit loose; that’s the point.

That recognizable checkerboard pattern on Vans’ slip-ons don’t look half bad on a cap. Just don’t wear the shoes and the hat at the same time–that’s just wrong.

Champion offers more than chunky sweatshirts emblazoned with its logo. This oversized twill mesh hat looks crisp and is in breathable mesh to boot.

Carhartt builds its hats to last. This one doesn’t just look outdoors, it is fortified in a sweat-wicking and odor-fighting sweatband.

Balenciaga is still feeling The Bern with this overpriced cap that borrows design notes from the logo of Bernie Sanders 2016 presidential run.

We’re 100% on board with this 100% cotton cap from Fila. The snap back enclosure secures it some bonus dad points.