Keeps on ticking even when it’s nearly 1,000 feet underwater. 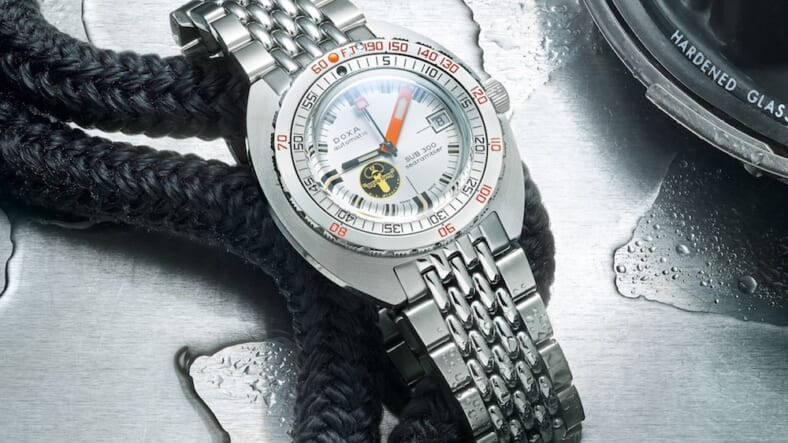 Doxa, the Swiss dive watch brand, has brought back one of its greatest partnerships, with dive gear manufacturer Aqua Lung, for another timepiece that is sure to sell out in minutes.

They have just announced the new SUB 300 Searambler “Silver Lung,” a sequel to the SUB 300 “Black Lung” that sold out within hours after its 2017 release.

That watch was known for its bright orange dial, but Doxa has done away with that for a brushed silver dial, which is Doxa’s signature. When the light hits it just right, it evokes sun rays reflecting off the ocean.

Doxa also pays homage to a model it released with Aqua Lung in 1967, which has since become a highly coveted collector’s item. Its legacy is visible in the stainless steel 42 mm case and bracelet.

The SUB 300 Searambler “Silver Lung” is powered by a chronometer-grade ETA 2824-2 automatic caliber, which is housed in domed bubble sapphire crystal.

Look out for the Aqua Lung badge on the dial, a mark of quality seen on Aqua Lung’s wetsuits and dive bags. It is well placed on the new SUB 300 Searambler, which is water resistant down to over 980 feet.