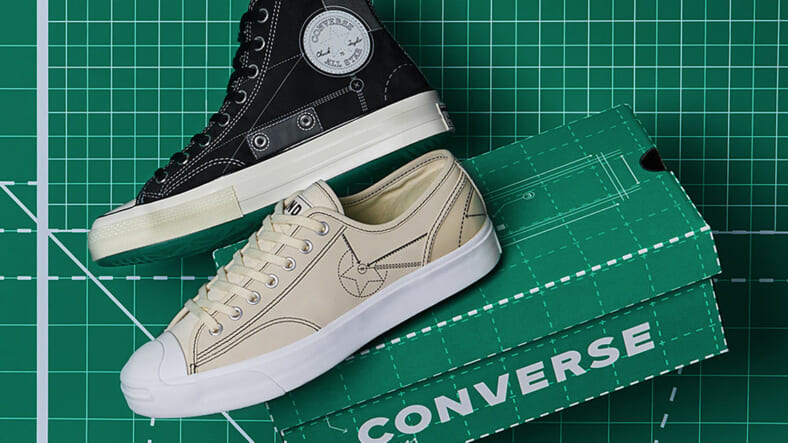 Converse’s classic Chuck Taylor and Jack Purcell silhouettes have been re-imagined countless times, so it’s no surprise that London retailer END. is taking a a shot at its own unique twist on the beloved kicks.

Dubbed the “Blueprint” pack, these two new styles are reportedly inspired by the original architectural plans for END.’s London flagship store, which opened in 2018.

Sneaker News broke down some of the visual differences of the new styles here:

The store’s flagship location, which is now firmly planted in the heart of London, lies at the crux of the entire theme as its floor plan weaves its way throughout both of the silhouettes: the high-top most apparent.

Black-dyed uppers take the brunt of the display, lying neutral alongside its complementing laces and foxing stripe; the sole as well as its cap toe outfit in a bright ecru, one as light as the contrast lines that embellish the upper in entirety.