This brawny beauty goes for a surprisingly cheap price. 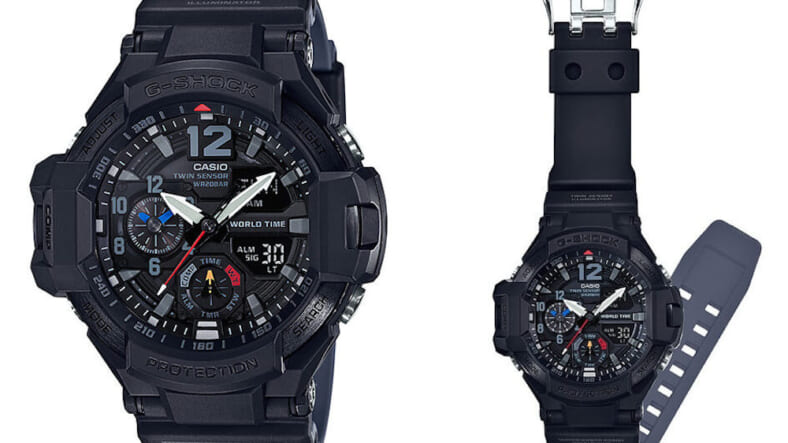 G-Shock, the Japanese watch brand from Casio known for its shock-resistant timepieces, continues to ramp up its aviation-inspired offerings.

It is adding a new blacked-out colorway to its “GravityMaster” lineup, the GA1100-1A1, which is primarily black but with flares of white, blue and red on the face and hands.

It is larger than your usual timepiece, with a 52.1mm case. That said, G-Shock excels at making bulkier watches that won’t strain your wrist.

The polished case is made from a combination of resin and stainless steel, which not only provides a sleek look but also allows water resistance down to 650 feet.

The watch is a chronograph, meaning it tells time and also boasts a 1/100th second stopwatch, an alarm and a dedicated countdown timer. A second time zone on the sub-dial makes it particularly tailored to pilots… or just world travelers.

It also works off twin-sensor technology of a digital compass and thermometer, which provides accurate bearing and temperature readings—also a boon to pilots.

There is also an LED illuminator, and the hands are bioluminous, meaning you can tell time even after nightfall.