This Rugged G-Shock Luxury Watch Is Inspired By Samurai Armor

Each killer timepiece has a Japanese armor pattern hammered by hand. 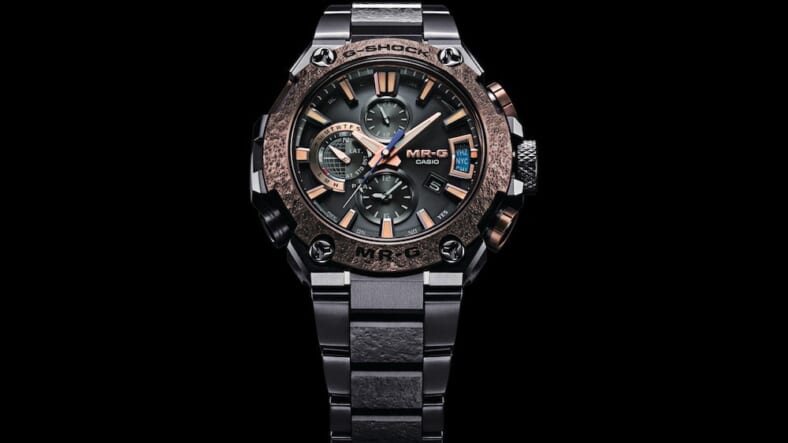 Miraculously, the hammer-tone pattern on each is done by hand by third-generation master craftsman Biho Asano. That explains why only 25 will be made for the U.S. market, and 350 worldwide.

The color is a violet-tinged copper, which evokes that of ancient Japanese swords and armory.

It could certainly survive through samurai battle. Its sapphire crystal and titanium case and band are given a special deep-layer hardening treatment, which makes them several times stronger than your ordinary titanium.

It’s a rarity for a connected watch to boast such stellar craftsmanship. The MR-G is actually an automatic watch, powered by Bluetooth Connectivity, the G-Shock app, G-Shock’s GPS Hybrid Wave Ceptor technology and solar power.

So the time will automatically adjust to whatever timezone you are in for the utmost precision.

This isn’t the first time G-Shock has made waves with a samurai-inspired timepiece. They did so last year with a $3,000 black, red and gold model, the MRGG1000B.