Which house will you rep with these special edition sneakers? 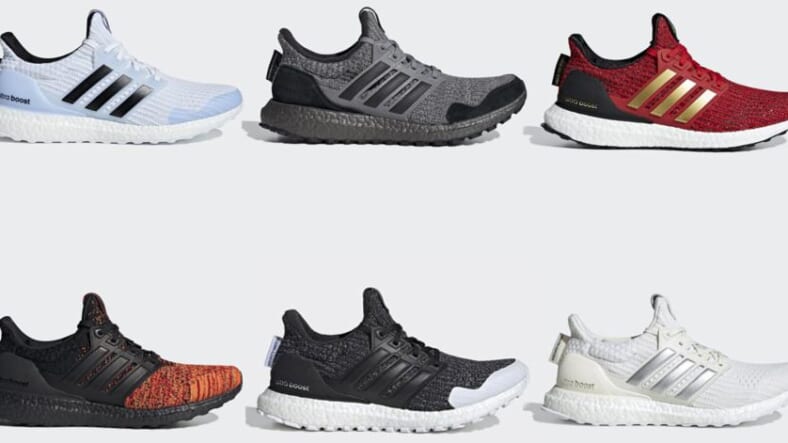 After months of rumors and leaked images, we finally have our first official look at the Game of Thrones x Adidas sneakers.

Early renderings of the hyped kicks obtained by sneakerhead Instagram accounts Sole by JC, Yankee Kicks, and Yeezy Mafia were almost dead on. Only minor details—like the missing blue accent on the Night’s Watch colorway—were missing.

Prices have yet to be released, but we now know that the Game of Thrones x Ultraboost collection arrives sometime in April ahead the HBO fantasy epic’s final season premiere on April 14.

Until then, decide which House you want to rep by peeping all six styles below: