This Gold G-Shock Watch Is the Ultimate Blend of Toughness, Luxury and Japanese Artistry 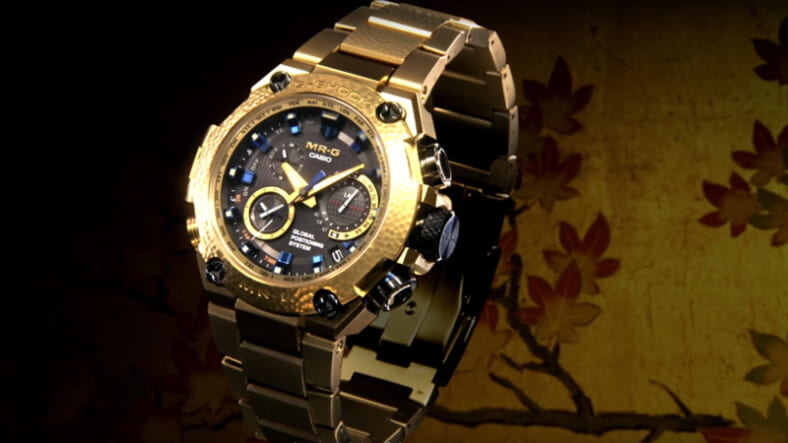 Further celebrating the 20th anniversary of MR-G—the luxury line of G-Shock watches—Casio recently announced they’re releasing a gorgeous Gold Hammer Tone timepiece.Like their first Hammer Tone, it will be crafted using Tsu-i-ki, the painstaking 1,200-year old Japanese process of creating unique, strong and beautiful patterns in such varied metallic applications as copperware, armor and even parts of the Japanese Railway and Bullet Train.

Only 300 of these amazing timepieces will be created—with just 10 targeted for the United States.

Starting in January, the MRGG1000HG-9A (as it’s also known) will be available for purchase at Tourneau and other high-end jewelers, for $6,200.