This striking timepiece from Christopher Nolan’s new espionage thriller can be yours. 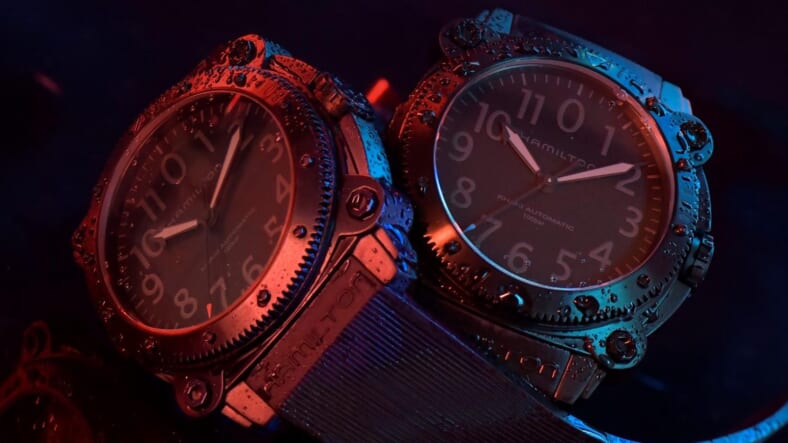 Swiss watchmaker Hamilton has created a sci-fi-inspired timepiece that can be seen in director Christopher Nolan’s time-warping spy flick Tenet, which grossed more than $20 million over Labor Day weekend.

The custom-made Hamilton BeLOWZERO was unveiled in a slick theatrical-style teaser trailer that shows close-ups of the watch spliced in between action sequences lead by co-stars John David Washington and Robert Pattinson, who anchor the first blockbuster movie released in theaters since the pandemic.

Cased in lightweight titanium, the special-edition model features a blue- or red-tipped second hand in reference to key colors featured in the movie. Acquire notes that the dial does not feature a display window for a date, as events in Nolan’s upcoming epic will transpire in “something beyond real time.”

Each color will be limited to 888 pieces, the number being another nod to the movie’s palindromic title. Special translucent packaging created by Tenet production designer Nathan Crowley also features colors inspired by the film’s motifs.

Here’s the official synopsis for Tenet:

Armed with only one word—Tenet—and fighting for the survival of the entire world, the Protagonist journeys through a twilight world of international espionage on a mission that will unfold in something beyond real time. Not time travel. Inversion.

The Hamilton BeLOWZERO watch will be available online beginning July 1 ahead of the July 31 release of Tenet.