The best things in life come in threes. 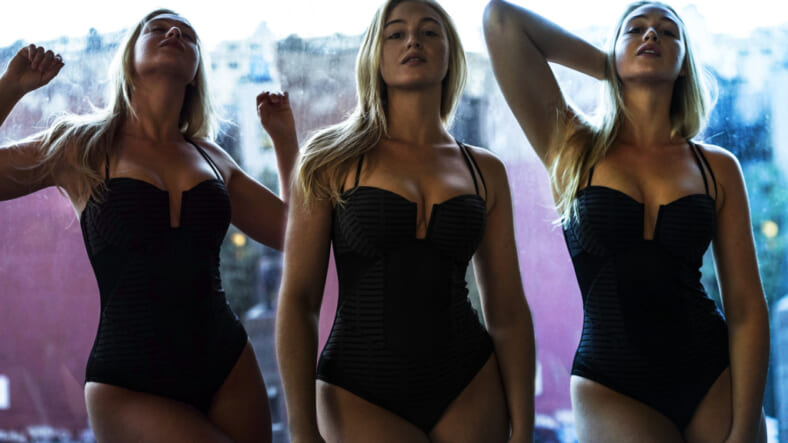 While we’ve gone on and on about Iskra Lawrence‘s natural beauty over and over again, we have a confession: we know she isn’t the only distinctly gorgeous model out there. Models with the beautiful curves that made Lawrence familous aren’t a dime a dozen by any means, but they are out there. Take the curvaceous swimwear model Robyn Lawley, for example: She’s no waif, but her beauty is undeniable.

Now that Lawley is focusing her attention on her swimwear line, she’s bringing in curvy beauties like Lawrence to show it off. “I have such gorgeous friends,” Lawley told Galore when she debuted her line. “Iskra, I just saw at a show recently and I was like, ‘Oh my god, her body.’ I did a double take and I really don’t do those often.” We feel you!

Paired with Leah Kelley and Tanya Gervasi, Lawrence appears in a sexy, moody video to debut the new collection. But the secret that you probably won’t notice as you’re staring at nipped waists and unzipped rash guards? No retouching or photoshopping at all, in keeping with Lawrence’s New Year’s resolution to be true to herself and keep her shots all natural  2016.