An aviation-inspired timepiece fit for Maverick himself. 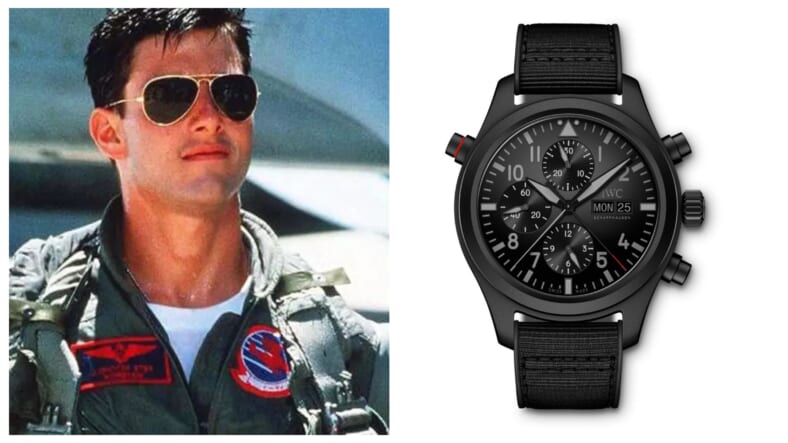 34 years after he first took to the skies, Tom Cruise will finally reprise one of his most iconic roles in Top Gun: Maverick in 2020. While the much-anticipated sequel has been plagued by delays, you won’t have to wait as long for a new version of IWC’s famous chronograph of the same name, one of the most coveted pilot’s watches of all time.

The IWC Top Gun is named after the U.S. Navy’s Strike Fighter Tactics Instructor Program which inspired the film, and the original model which debuted in 2007 was officially sanctioned by the elite flying squad, whose instructors field tested the watches and found them fitting companions for their fighter jets.

Pilots’ watches are an integral part of IWC’s 150-year-long heritage, and the new model, called The Double Chronograph Top Gun Ceratanium, will be officially unveiled at the SIHH watch fair in Switzerland next month.

Ceratanium is IWC’s proprietary all-black composite of titanium and ceramic, and it’s used here for the first time in a pilot’s watch which not only makes it tougher and lighter than steel but able to withstand extreme G-forces.

This is IWC’s first-ever completely blacked-out pilot’s watch, which is totally on-point judging by the way every watch brand is going dark. IWC has the advantage though of not just using a PVD coating.

At 44mm it’s a fairly large piece, but the stealthy vibe keeps it from being too overpowering. And at its heart is IWC’s 79230 automatic movement with a split-seconds chronograph which can come in handy when outmaneuvering Russians – or the Iceman.