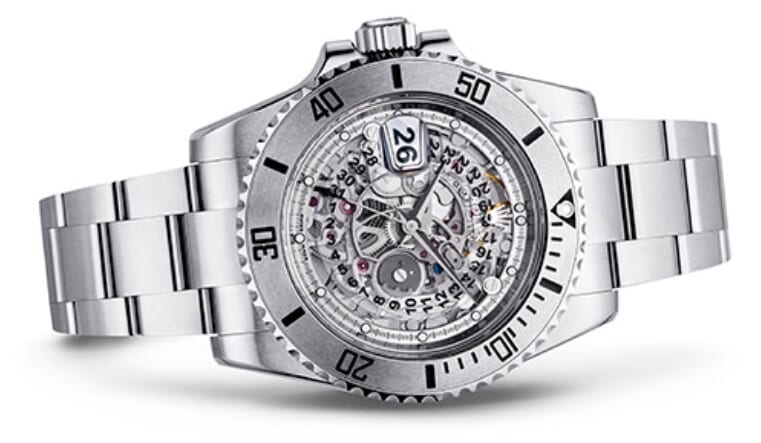 In the admittedly rarified world of customized Rolex watches, Artisans De Genève is the top of the line. And for years, John McEnroe was one of the world’s most fiercely competitive and greatest pro tennis players.

Naturally, that’s why a lifelong champion like McEnroe teamed with the Swiss company for the “John McEnroe Lefty Project,” which was aimed at crafting a luxury timepiece—specifically a Rolex Submariner—that wouldn’t get in a left-handed pro’s way during a match.

In their efforts to meet McEnroe’s specs, Artisans went out of their way to essentially remake the Submariner from the ground up. Here are McEnroe’s requirements:

In the past, Artisans De Genève has collaborated with Lenny Kravitz on a specialized Rolex Daytona and with Spike Lee on a Daytona for the “Spike Lee Cool Hand Brooklyn” project.

The base model Submariner can go for a minimum of $8,000, but after Artisans De Genève’s modifications, the price has climbed to nearly $40,000. Learn more about the watch and the McEnroe project here: artisansdegeneve.com.