Wrist candy that’s nearly as pretty as his bride. 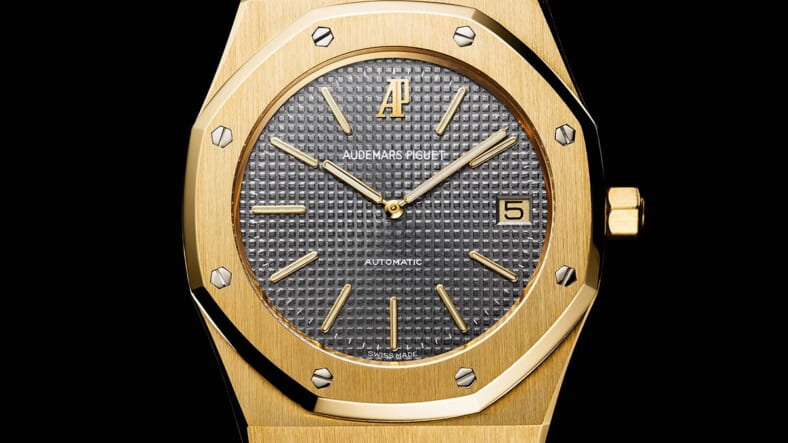 The couple’s second “I Do” attended by family and friends, comes after Bieber, 25, and Baldwin, 22, were engaged last summer and secretly married months later at a New York City courthouse.

To mark Monday’s wedding, Bieber showed off his latest luxury watch by Swiss brand Audemars Piguet, which he bought from high-end jeweler, Jadelle Beverly Hills. Check it out here:

High Snobiety reports that the exact model is an Audemars Piguet Royal Oak 5402BA timepiece, which dates back to 1977 and is credited with revolutionizing watchmaking design codes.

It’s not known exactly how much Bieber’s watch retails for, but going by another that’s currently available to buy online, it’s probably somewhere in the region of €60,000 (approximately $65,000).

Made in solid yellow gold, the Royal Oak boasts an octagonal bezel secured by hexagonal screws and houses the world’s thinnest self-winding movement. Take a closer look at the timepiece in the gallery up top.