Ring in the new year with these slick, sci-fi-themed kicks. 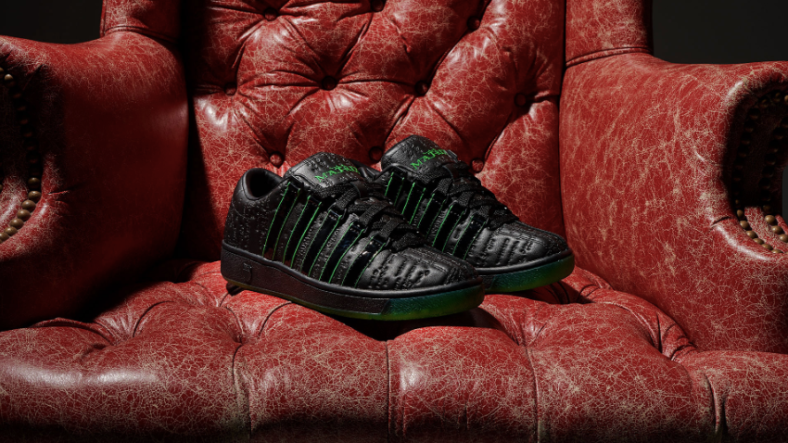 If the life you are living now is actually just a computer simulation and the terrifying distant future world of The Matrix is real, might as well have comfortable footwear, right?

K-Swiss must think so, as they have introduced “The Matrix Code Collection,” new Classic 2000 kicks and K-Slides to celebrate the 20th anniversary of the sci-fi epic’s premiere.

Joking aside, this striking footwear has been more subtly designed than it looks. Sure, you see the bold black color scheme and the cascading green symbols familiar from the movie come to mind, and the title is on the sneaker’s tongue.

However, in addition to those more obvious touches, the leather Classic 2000s have green accents reminiscent of sudden glitches in the programming and red and blue threads to suggest the pills Neo has to choose from when he is deciding whether he wants to see how far the rabbit hole goes.

The Matrix 4 is underway and will supposedly be in theaters by May 2021—on the same day as the fourth John Wick movie, a.k.a. Keanu Reeves Day.

We don’t know the price yet, but K-Swiss’s “The Matrix Code” collection will online and in stores everywhere on December 31, 2019.