German Camera Maker Leica Gets Into the Luxury Watch Game

It has dropped two new timepieces, each a testament to German precision. 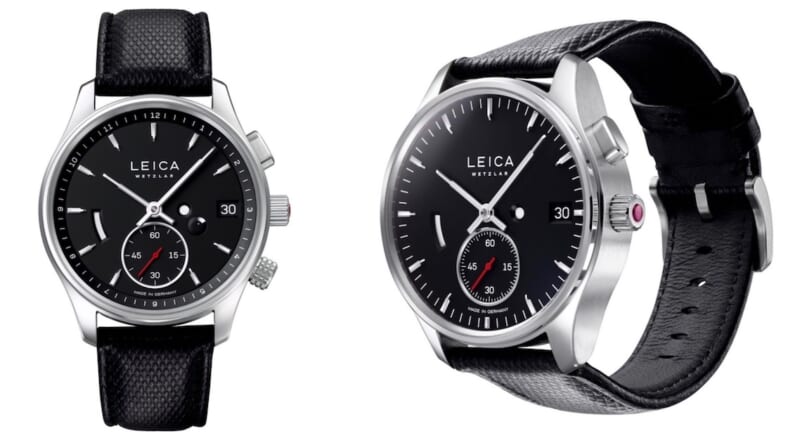 Leica, the superlative German camera and lens maker, has set it sights on a radically different market: luxury wristwatches.

In the fall, Leica will debut two new models—the L1 and the L2, which are remarkably similar save for a slight divergences.

Both mirror the look of the brand’s world-famous cameras, with simple black dials, stainless steel cases and a red dot on the crown like that of its camera lenses.

They work off a mechanical movement with manual winding, and every nut and bolt has been manufactured and assembled in Germany.

The only difference is the dials: the L1 has only indexes to tell time while the L2 has Arabic numerals. Both are classic watch offerings and really just a matter of preference.

Simplicity was a bold choice for Leica in its first venture into the watch market, which is notoriously saturated. What do you think?

The Leica L1 and L2 will be released in the fall. Prices have yet to be announced.