Check out this badass twist on one of the greatest racing watches ever. 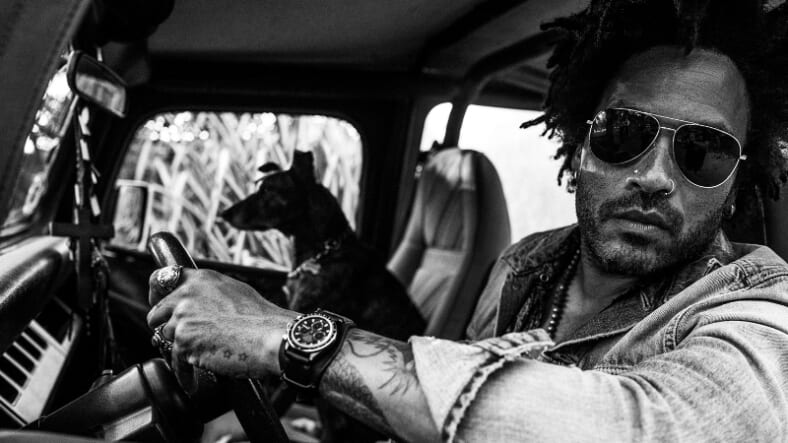 The year after Rolex first released its Cosmograph Daytona, one Leonard A. Kravitz was born in New York City. Fifty-two years later, the multiple Grammy award-winning rocker, actor and father of Zoe Kravitz has put his spin on that classic luxury watch by designing the LK01 in collaboration with the Swiss watchmakers at Les Artisans de Geneve.Like Kravitz himself—apparently an avid watch collector for over 20 years—the LK01 exudes a decidedly studied vintage style that still totally works. Just check out the ’70s-inspired, cuff-style strap, fashioned from fine Barenia calf leather and made entirely by hand.

The case has been treated in a black diamond-like carbon, which looks striking against the matching handmade golden bakelite bezel and gold crown. There’s even a 22-carat gold rotor that you can see through the timepiece’s transparent, 100-meter waterproof back.

But the watch itself isn’t the only thing hiding a surprise. Aside from serving as a splendid way to store and display the LK01, its matching black leather-clad case with golden hardware is in fact a rechargeable Bluetooth speaker. But then again, what else would you expect from rockstar-designed wrist candy?

Only 55 of these limited edition rockin’ Rolexes will be made. You can pre-order yours by putting down 50% of the roughly $42,000 asking price, with the other half due just before shipping, approximately six to eight weeks later.Do it quickly enough and you’re sure to be the coolest guy at your Christmas party. Hey, if it’s good enough for the guy who wrote “Let Love Rule”, maybe it’s good enough for you.