This $58,000 MB&F Watch Is Made From a Metal Rarer Than Platinum 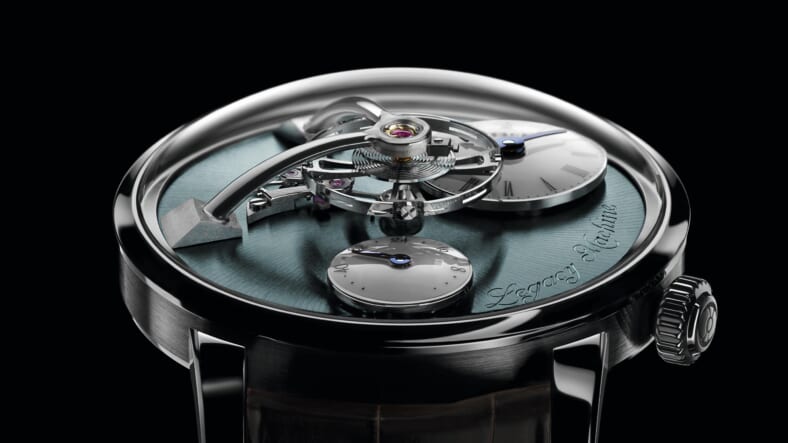 The latest model to join radically original watchmaker MB&F‘s unique Legacy Machine series—launched nearly a decade ago—is the Legacy Machine (LM101) Palladium. It doubles down on the line’s signature luxe steampunk feel by using the rare silver-white metal, which is related to platinum.

If the watch price is still puzzling after learning palladium’s relationship to platinum, you’ll understand when you learn Bloomberg reported in October 2019 that it’s become “the most precious metal,” thanks to high demand in part from auto manufacturers.

The LM101 is a gorgeous watch with a striking aquamarine face. MB&F founder Max Büsser wrote in an Instagram post that he was “in love with the colour of our new palladium LM101 baseplate.” He then explained that “Palladium is as difficult to machine as platinum … but lighter in weight and today even more expensive.”

A watch isn’t just about beautiful color choices and rare metals; the craftsmanship is king. Per MB&F, here are some of the practical attributes which any collector will want in a great timepiece like this:

Here’s the catch if you need to get your hands on one of these immediately: The LM101 Palladium is limited to just 18 pieces. It retails for $58,000.