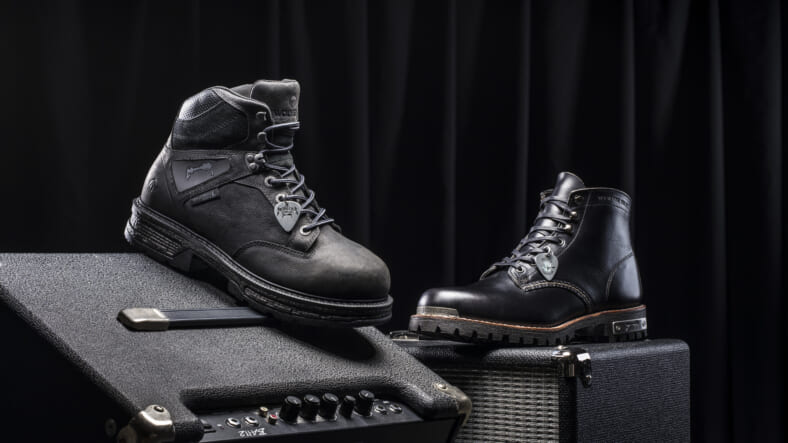 Metallica’s nonprofit All Within My Hands (AWMH) and Wolverine are providing trade school students scholarship funding by way of teaming up to launch the limited run boots.

The Metallica Scholars 1000 Mile Axel and Hellcat UltraSpringTM boots are available for pre-order starting August 11, with 100% of the proceeds benefitting AWMH to support the skilled trades.

“Wolverine shares the same vision that we had when creating the Metallica Scholars Initiative – that it’s incredibly important to create and sustain a strong and resilient American workforce. AWMH is our way of giving back and building future generations,” said Metallica’s singer and guitarist James Hetfield in a statement released by the boot brand.

“More importantly, we are helping these students achieve their dreams and transform their lives through the workforce education programs offered at community colleges all across the country.”

The Wolverine x Metallica Scholars 1000 Mile Axel limited-edition boot is based on the classic Wolverine 1000 Mile boot silhouette with several Metallica-inspired features including a Metallica Key logo-inspired metal heel plate, an “All Within My Hands” metal toe kicker, metal-tipped laces and a metal guitar pick tag.

Both boots are available exclusively on Wolverine.com beginning August 11, with 100% of the proceeds from boot sales donated directly to the Metallica Scholars Initiative to provide funding for 2021 Metallica Scholars recipients.