Learn how Kors went from design-school dropout to creating a multi-billion dollar brand. 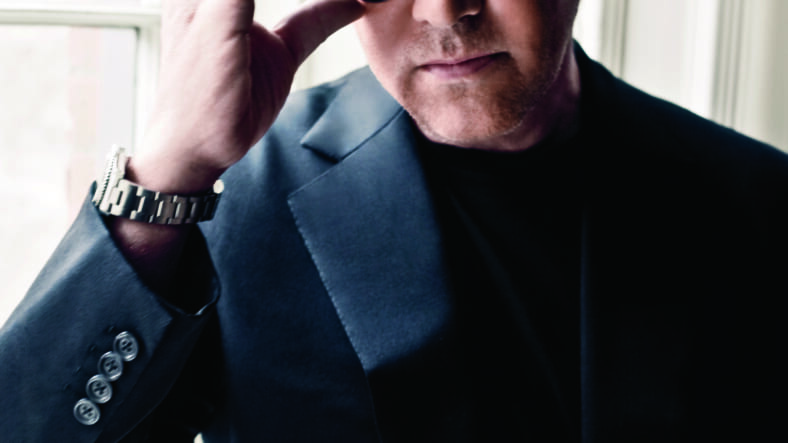 Unlike many of his fellow visionaries in the world of high fashion, Michael Kors has no desire to make clothes that people don’t actually want to wear.

“When I put on a show or I design a collection, it doesn’t come to life until I see it on the street,” Kors explains on a sweltering summer day in Manhattan. “I think people gravitate toward what surprises them and feels indulgent, but also to what adds to their sense of style and confidence, something that feels like an old friend you can grab on a regular basis.”

And that wearable approach to modern design—all-American glamour meets sportswear—is no accident. At 57, the Long Island–born icon prides himself on the fact that his art is a business. “I don’t want to sound like the Gurumayi or something, but the reality is: Balance is everything,” he says. “I try to bring balance to what I design; I try to bring balance to how I approach business.”

And if you happen to appreciate his masterful gifts of observation, on full and hilarious display during his 10-year judgeship on Project Runway (“Not a lot of women want to have cancelled on their crotch”), all the better. As his longtime stylist and collaborator Paul Cavaco puts it, “Michael has balls.”

The Kors formula works. His 35-year-old namesake company, which consists of Michael Kors Collection, MICHAEL Michael Kors, and Michael Kors Mens, is worth nearly $9 billion (Kors himself is worth about $1 billion since the company’s 2011 IPO). In the last year alone, total revenue for Michael Kors Inc. increased nearly 8 percent to $4.7 billion from $4.4 billion.

On any given street, at any given time, whether it’s an oversize bracelet watch or a crocodile-embossed leather bag, you’re bound to encounter a Kors classic. The brand now operates in 668 retail locations around the world, from Dubai to Munich, Beverly Hills to Seoul. Actress Kate Hudson, a close friend, thinks his enormous success comes down to natural ability. “Michael has impeccable taste and he loves and understands women,” she says. “He keeps his design aesthetic both contemporary and timeless.”

Kors’ singular focus was never in doubt. His mother, Joan, was a former Revlon model, his grandfather was in the textile business, and his uncle worked in the garment district in manufacturing. “They could debate the merits of single-breasted versus double-breasted or what do you wear when you leave the beach club: ‘Should you wear cream or should you wear white?’ I listened to all of it,” he remembers.

At the age of five, when his mother married his stepfather, Bill Kors (a moniker Michael took, while also changing his first name from Karl), he accompanied her to the wedding gown fitting, which turned out to be a critical turning point. “My mother asked me what I thought, and I said the dress looked busy and overdesigned,” he laughs.

“The next thing you knew, the tailor was in the room clipping all the bows and trimming the dress.” Though he’s done his fair share of pushing the limits of fashion, at the core, Michael Kors clothes remain steadfastly simple, something the Kennedys could wear today—and  fittingly, the famous Ron Galella photograph of Jackie O traipsing the streets of Manhattan once hung in the entrance of his headquarters.

As a young man, Kors started out sketching for a friend’s garmento father and experimented largely on himself. “In my early 20s and teens, I wore it all,” he says. “I wore shoulder pads. I wore patterns. I wore harem pants. I wore leg warmers. I was truly a fashion victim with a capital FV.” These days, the reformed peacock sticks to a standard personal uniform: black blazer, black T-shirt, jeans and aviators.

At 18, he enrolled at the Fashion Institute of Technology in New York City, but dropped out within the year to take a job at the 57th Street boutique Lothar’s. It was there that he made a few well-connected friends, including Cavaco and former Bergdorf Goodman president Dawn Mello, who encouraged him to start his womenswear collection in 1981.

Bergdorf started carrying his line soon after, along with Saks Fifth Avenue and Bloomingdale’s. “My wife [editor Kezia Keeble] just loved the clothes: clean, good colors and all these beautiful shapes,” says Cavaco. “Michael’s not neurotic, so anyone could actually wear them.”

And they did. Within a matter of months, Kors became the designer du jour, dressing Meryl Streep, Julia Roberts and Joyce DeWitt, but as fate would have it, 12 years later, in 1993, Kors was forced to file for bankruptcy due to lack of company control, a plight many designers before him have faced.

But soon after the ling, Kors began dabbling in a lower-priced women’s line that has become the hallmark of the house he presides over today. A brief stint at the French house Céline followed, and in 2002, he launched Kors Mens, which became a profit center for the company and continues to be one of its biggest growth opportunities.

This summer, Kors announced a long-term partnership with McLaren-Honda to become the lifestyle counterpart to the world- championship Formula 1 racing team, and he just revealed his first wearable smartwatch for men. Built for Google’s Android-wear platform, it offers voice activation, tracking information, a custom dial and multiple strap options, from silicone to exotic leathers. “The best things that a guy can have in his closet are stylish but functional,” Kors says. The company expects watches to drive a third of its $1 billion menswear plans.

For fall, Kors continues to experiment with menswear in the form of fur-trimmed, double-breasted coats; thick, rich knits; and masculine, lace-up hiking boots. “We’ve seen all the rules for women disappear,” he says. “And now guys are saying, ‘Why shouldn’t I have that same kind of freedom?’ My clothes are ultimately for a man who makes his own rules.” JFK, Steve McQueen and Ryan Gosling have all been sources of inspiration for the designer, who says the finest compliment any man can receive is “Doesn’t he always look his best?”

Still, for Kors, the consummate entertainer, it isn’t always about fashion. Lately he’s been itching to increase his global scope by producing a Broadway play. “If you can’t get on a plane and you want to shut yourself off  and go into a different world for a little bit,” he says, “the theater is a great escape.”

When he does find time to unwind, Kors spends much of it traveling with his husband, Lance LePere, the brand’s executive vice president creative director, whom he married in 2011. “I’m a New Yorker and I’m juiced by the mix of people on the streets, the energy, but I recharge by reconnecting with nature,” says Kors. “Give me a beach or a mountain with fabulous service and great architecture, like the Amangiri in Utah or the Post Ranch Inn in Big Sur; these are places that just take you out of your urban city life.”

Which is to say, despite Kors’ rigorous 24/7 schedule and international fame, he’s a real person. And for now, his biggest goal for the future is resolutely simple. “I just want to stay curious.”