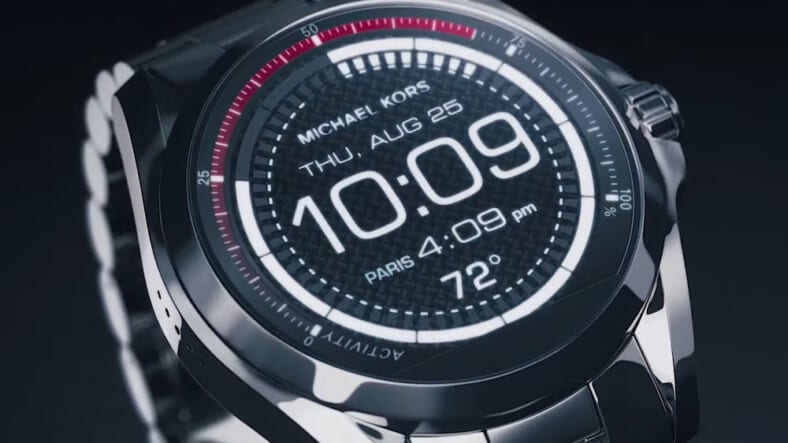 We’ve seen a number of luxury brands vie for dominance in the nascent smartwatch market. TAG Heuer was the first with its pricey Connected. Then, Breitling unveiled a quartz-smartwatch hybrid, the Exospace B55. While those models were packed with bells and whistles, Michael Kors is reminding us of the power of simplicity.

The eminent designer dropped the Access at this year’s Baselworld, marking his foray into the wearable industry. There are separate versions for men and women and both possess sleek, understated beauty.

The men’s Access is a sight to behold. Its sporty, silver design captures the functionality and elegance on which Michael Kors built his empire. It has a polished screen with interchangeable interfaces that provide a bit of style leeway. The whole thing is powered by Android Wear technology, which means it can synchronize with your smart phone and includes features like a fitness tracker.

The Michael Kors Access starts at $395, which sounds pretty reasonable to us. However, you will have to wait until Fall for this stylish gadget to finally hit stores. To tide you over, here is a short film to showcase all the Access can do.