World’s Most Expensive House Is Selling for $410 MILLION, Here Are the Jaw-Dropping Photos 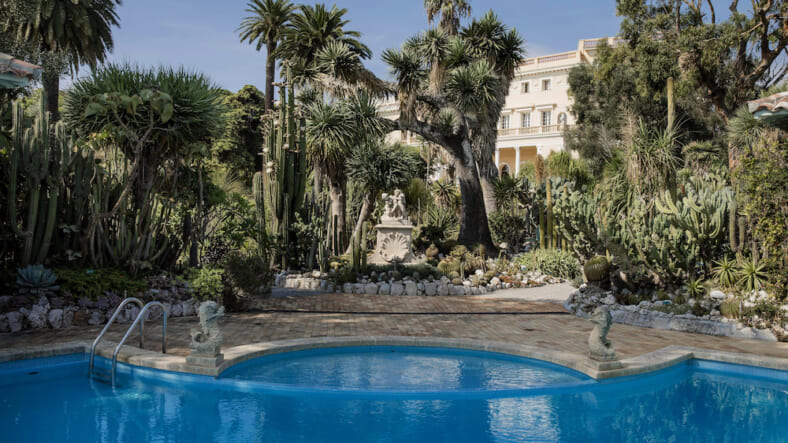 The world’s most expensive home is now on the market for $410 million, and it makes whatever mere mansion Oprah, the Queen of England or Diddy live in look like a hobo’s crash pad.

The 187-year-old “Villa Les Cèdres,” which boasts 18,000 square feet and 14 bedrooms, sits on 35 acres of lush real estate, overlooking the dazzling coast of Saint-Jean-Cap-Ferrat in the South of France. The lands are adorned with olive trees and gardens dating back to the early 1900s.

The interiors look like something you’d see in an old-timey castle packed with tourists, not somewhere you could actually live. But if you can fork over $410 million, you can call the ornate French doors, floor-to-ceiling 19th century portraits and chandeliers that’d make nobility jealous yours.

The price tag includes plenty of history. The Villa Les Cèdres was built in 1830 as an olive tree farm but then was sold to Belgian King Leopold II in 1904, who overhauled the place with all the wealth he acquired grossly exploiting mineral resources and rubber trees in the Congo (yep, blood money).

“Les Cèdres” has been put on the market by Gruppo Campari, which includes Campari and SKYY Vodka in its portfolio.

Hopefully, they left the bar stocked ’cause you could throw some killer parties in this place.