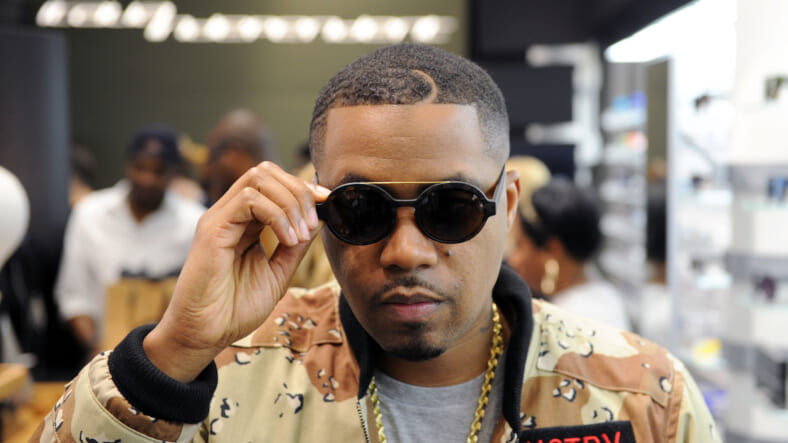 Ghostbusters is once again set to hit the big screen in the much-hyped reboot of the classic 1984 comedy, which is no surprise considering how much Hollywood loves remakes. But the paranormal franchise is also waging an unlikely foray into world of style, and the results are not as ridiculous as you might expect.

Supplier of cool specs Italia Independent just dropped a limited-edition line of Ghostbusters-themed sunglasses. Even better, the brand got some sartorial input from rap icon Nas, who helped design the shady collection.

“Ghostbusters was one of my favorite childhood movies, and it was important to me to partner with a brand like Italia Independent for this collaboration because they understand style and culture,” Nas said at the the line’s New York City launch last week. “I wanted to design a collection that speaks to the nostalgia of that era while keeping it fresh fun, sleek and wearable.”

The shades meld classic design with a little ‘80s kitsch for good measure. There are a variety of frames, all with digitally printed patterns inspired by the film, and run from $99 to $199 each. You can check out the full line here: