The 1990s-era frames Cage wore in “Wild at Heart” and “Leaving Las Vegas” are back. 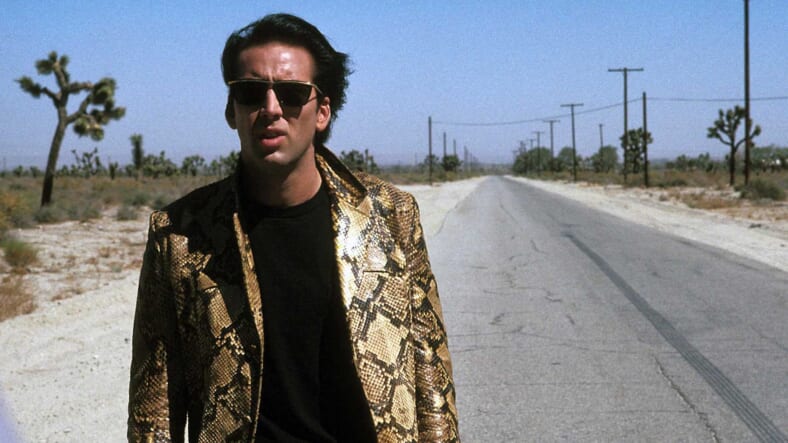 Cage’s fringe-dwelling characters in both movies wore the Persol PO2458S, and now the Italian sunglasses brand is bringing back these 1990s frames for a reissue.

The updated version features an arched metal bar outlining the frame front, creating a single line with newly-patented flex temples. They’re available now at Sunglasshut.com, starting at $310 in a variety of colorways.

Persol, of course, is no stranger to reissuing cinematic sunglasses. They recently released Tom Cruise’s shades from Cocktail and Steve McQueen’s from The Thomas Crown Affair.