Is it the greatest Air Jordan ever made? 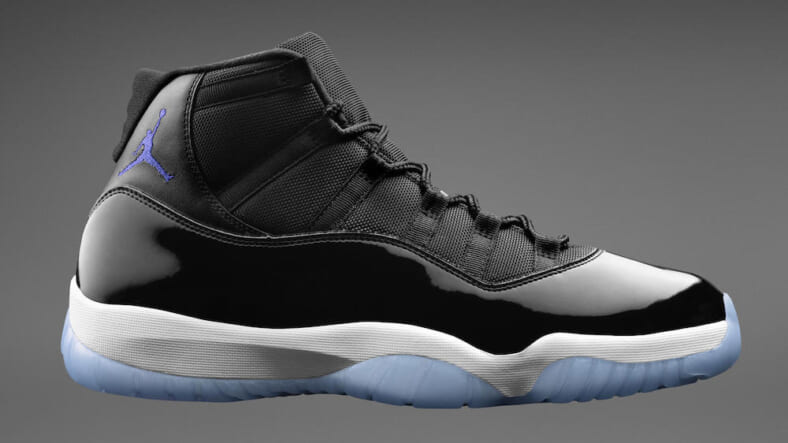 For the occasion, Nike re-released the Air Jordan 11 model that were first seen in the film. Naturally, they were worn by Jordan and not one of the Looney Tunes characters he acted alongside.

“The Space Jam XI was the largest and most successful shoe launch in the history of Nike, Nike president Trevor Edwards said in a statement this week, although he did not say by how much.

The $220 sneaker looks nearly identical to the one seen on the big screen back in 1996, but it was upgraded with responsive cushioning and premium leather details.

The news coincides with the announcement that the wonderfully cheesy Space Jam soundtrack, which famously featured “I Believe I Can Fly” by R. Kelly, will be re-released on vinyl for double the nostalgia.