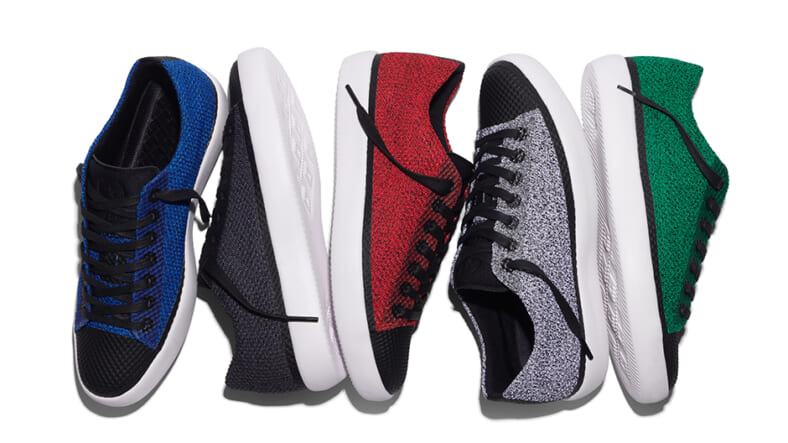 Converse just launched its new All Star Modern sneaker collection, and included among its many styles is a limited-edition capsule collection called the All Star Modern HTM – a truly landmark moment in custom kicks.

Because while Nike purchased Converse back in 2003, this is the very first time its godlike design gurus have created an All Star shoe. For the uninitatied, HTM stands for Hiroshi Fujiwara, Tinker Hatfield, and Mark Parker, a longtime Nike collaborator, their VP of Design, and CEO respectively.

Hatfield for one was responsible for the Air Max 1 and generations of Air Jordans, and is therefore akin to Jesus (or at least Yeezus) in the sneaker world. The All Star Modern HTM is also the first shoe they’ve ever designed without the trademark Nike swoosh, Wired reports.

The All Star Modern is one of the lightest shoes Converse has ever made, thanks to the three layer composite upper, which is fused instead of sewn, thermoplastic polyurethane toecap and neoprene split tongue, all signature Nike touches. The HTM “kicks” things up a notch with an upper wrapped in luxe goat leather.

All that technology comes with a price tag: while a standard pair of Chucks goes for $55, the Modern line starts at $130 and the HTM editions will cost you a cool $180.