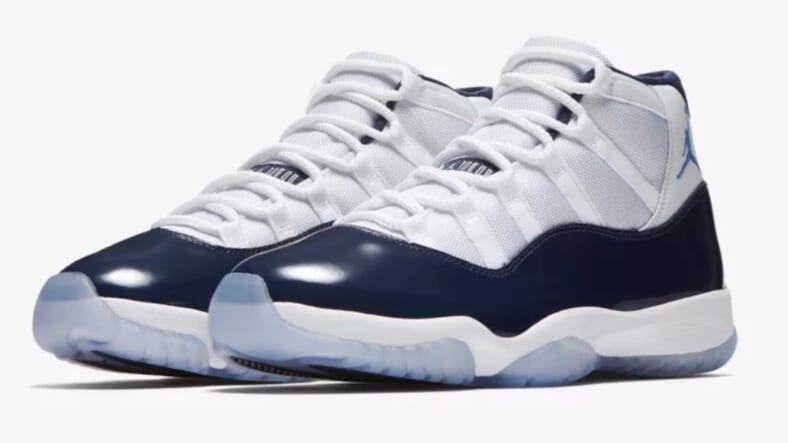 TMZ caught up with Tinker Hatfield, the legendary Nike designer responsible for some of your favorite Air Jordans, and grilled him on his absolute favorite (and least favorite) Jordans.

Hatfield was remarkably unguarded in his answers, and his answers are bound to spark vigorous debate among Jordan Brand obsessives everywhere.

The model that Hatfield is most ashamed of? The Air Jordan 15.

Hatfield said the futuristic concept, which featured an aggressive tongue inspired by Michael Jordan’s habit of playing ball with his tongue out, was on point, but he admits to sloppiness in the execution, reports Uproxx.

“The 15,” Hatfield responded when asked about his least favorite sneakers. “I’ll tell you that it was toward the end of when I wanted to stop doing Jordans for a while, at least, and I just don’t think I brought that baby home quite right. The concept was good and it was sort of modern and it was meant to represent the way his tongue hangs out, the tongue of the shoe is open.”

Hatfield went on to say that the concept of the sneaker was “worthless” because he was burned out by that point in his tenure with Nike, and in his eyes, “all concepts are worthless if you don’t follow through and execute.” But on the other side of the coin, Hatfield’s favorite shoes have a deep personal connection because of when they were designed and released.

As far as the model he’s proudest of? That honor goes to the Air Jordan 11.

“I think the Jordan 11 will always be the No. 1 for me because they told me to stop,” Hatfield said. “Nike said ‘No more Jordans, Michael’s not playing,’ and I begged to differ and kept it going even under threat of some kind of punishment.”

So there you have it, the best and worst Jordans, according to Nike’s most iconic sneaker designer. What do you think?