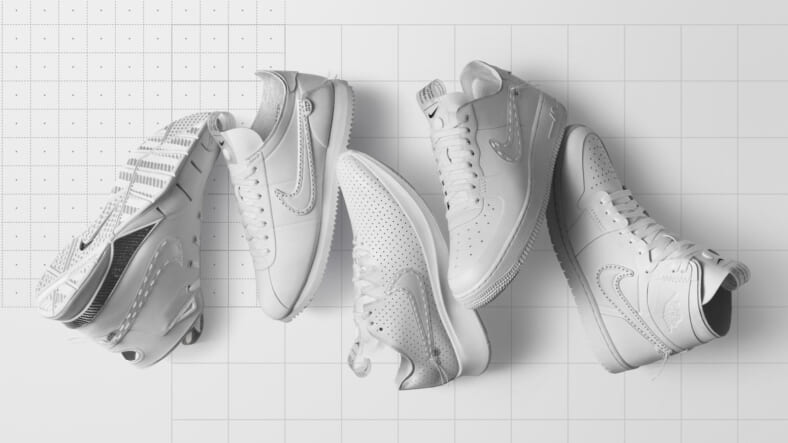 The sneakers are made with all-white bonded synthetic leather and feature a removable swoosh for complete customization.

Dubbed the “House of Innovation 000,” the new flagship store is all about customization options and has a DIY theme, and customers will be able to customize their white-on-white kicks however they wan,t with dip-dyes, embroidery, patches, lasering, and a full accessory bar.

Here’s a look at the entire Noise Cancelling collection, available only at the Nike NYC flagship store:

The Zoom Fly 2 represents long-distance runner Shalane Flanagan’s 2017 performance in the NYC marathon, where she became the first American female runner to win the marathon in four decades. It’s available through November 29th.

This sneaker honors Odell Beckham Jr., who missed the first four games of his rookie season due to an injury, but still managed to land his gravity-defying one-handed, 50-yard touchdown catch at the Meadowlands. Cop it from December 14th through December 27th.

This twist on the classic Nike Cortez is a nod to tennis star Maria Sharapova, who won her second Grand Slam at the US Open in Flushing Meadows at the age of 19. It’s available December 28th to January 10th.

Lastly, the Kobe 1 Protro represents Kobe Bryant’s incredible 61-point performance in 2009, and will be available January 11th through January 24th.