Nixon’s New Metallica Watches Are Here for the Ultimate Superfan

Time to rock out. 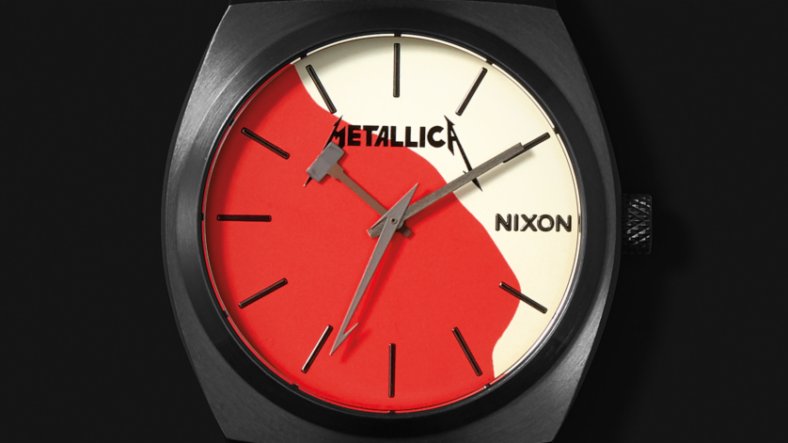 We first heard about the Nixon x Metallica watch collaboration around the same time that the metal legends launched their music-infused Blackened whiskey. The thrash-tastic timepieces are finally here, and lead guitarist Kirk Hammett wants you to buy one.

A limited-edition, blacked-out “Sanitarium” watch outfitted with a mangled “prison bar” cage was also available, but is currently sold out. Too bad, because it’s definitely the coolest timepiece in the new line.

Different components give each a distinct personality, from the Gibson Flying V guitar seconds on the “Seek and Destroy” model to the murdered-out Horween leather-textured dial on the Black Album watch.

“The fact that each and everyone of the band members wanted to participate and did participate in the project was special, man,” said Joe Babcock, Nixon’s Director of Product, in a video detailing the collab.

Prices range from $125-$500. Head to Nixon or Metallica’s website to get one for the ultimate superfan.