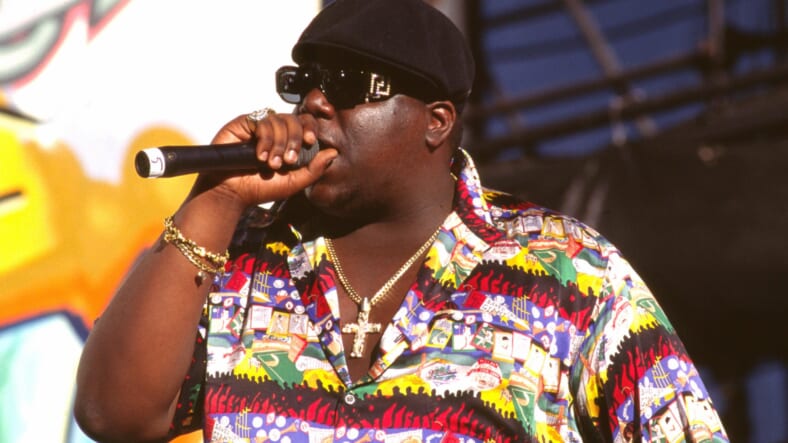 But no one showed more loyalty to his favorite sunglasses than ’90s rap icon Notorious B.I.G. did with his beloved Versace Medusas.

Biggie’s signature frames, complete with bright gold Medusa heads on the temples, can be seen in the videos for “One More Chance” and “Hypnotize” and were worn at the Brooklyn rapper’s concerts, interviews and public appearances. Basically, he never seemed to take them off.

And while they played an integral role in creating Biggie’s high-living hustler persona, the flashy Medusas are definitely not for everyone.

But if you’ve got the swagger to pull them off, there’s good news: Versace is bringing back Biggie’s favorite shades for the month of October at Barney’s stores and Barneys.com for $295.

Biggie first wore Medusas onscreen in the video for 1994’s “One More Chance”, in which he advises, “I’m clocking ya/Versace shades watching ya” while kicking back at a Brooklyn house party.

Later, in the considerably more over-the-top video for “Hypnotize” in 1997, Biggie flees the law on a luxury speedboat in the Florida Keys with Medusas on, and and helpfully raps, “Miami, DC prefer Versace.”

Current hip-hop artists including 2 Chainz and Tyga have recently revived Medusas, but they’ll always be associated most with Biggie, who often attended Versace fashion shows and was credited with championing the brand by Donatella Versace herself.

Ready to Die for a pair? Check out Barneys.com.