This Sporty Omega Watch Is an Ode to 1970s Japanese Superheroes 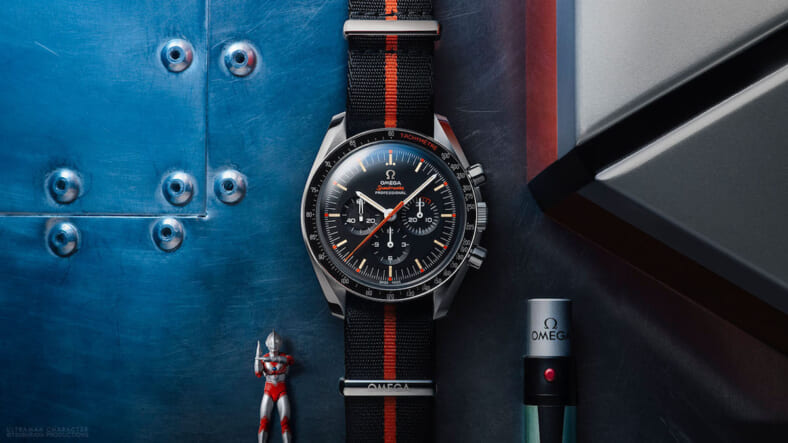 While taking down colossal monsters, the titular character rocked a rare Omega Speedmaster “Moonwatch,” which was distinguished by bright orange seconds hands, a total rarity at the time.

Omega has brought back that beloved retro model in a limited-edition release, now called the Omega Speedmaster 42 MM “Ultraman” watch.

Those bright orange seconds hands are back, in the same shade as they were in the early 1970s. Now, the first three minutes of the 3 o’clock subdial are also in bright orange, a nod to the limited timespan Ultraman could stay in superhero mode.

There are some other throwbacks hidden throughout. Another is on the 9 o’clock subdial, whose silhouette is of Ultraman’s face.

Each timepiece comes in a hexagonal box, a nod to the futuristic table used by Ultraman and his “Monster Attack Team.”

Put in your reservation request now, but don’t get your hopes up. (All spots are now taken, but you can still be placed on the waiting list.)