This country music star sees no problem with having a good time. 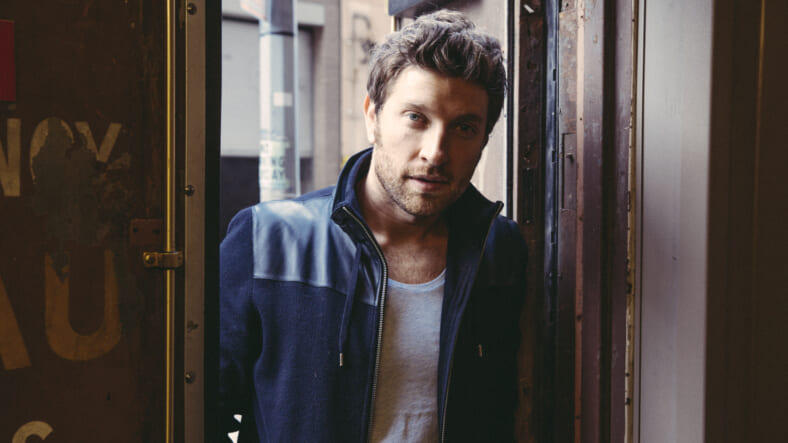 Growing up in the small midwestern town of Paris, Illinois, country music star Brett Eldredge made it his mission to make a living out of performing, despite his hometown’s lack of music scene. “I would sing at the café or at a downtown square at the fair,” Eldredge told Maxim. “I kind of had to find it and search it out, but I was going to find a way no matter what. Plus, I was only good at fishing and having a good time, and I don’t know if I could get paid for those, so I figured I’ll stick with the music thing.”

After an arduous journey of dream-chasing through Chicago to Nashville, the 28-year old used his naivety to get his foot in the door and help set him apart from thousands of others just like him. Now, several years later since knocking on people’s doors hoping for a spot on stage, Brett is ready to let his voice lead the way.

“If you’ve got your own sound or your own voice, and you’re not afraid to work ten times harder than someone else who’s trying it, I think that’s the start that you’ve got to have,” Eldredge said. “For me, that’s all I ever did. I couldn’t stop singing, I couldn’t stop writing songs. Though I probably aged a lot quicker, you’ve got to hang out late night in bars and listen to bands, and do a lot of different things to figure out if that’s what you really want to do. And when you’re dying to get up on stage ever minute of the day and do for people what you love to do, that’s when it comes across, and it shows that you could be somebody that sticks out among the rest.”

If his chart-topping singles or sold-out shows are any sign of success, Eldredge has clearly been doing something right on his journey to stardom. His latest studio album, Illinois, has been met with critical acclaim, not to mention its lead single, ‘Lose My Mind,’ climbing to number one on Billboard‘s US Country Airplay. The recognition continues with his performance at the 4th Annual ACM Party For A Cause Festival in Las Vegas, as well as the prestigious Academy of Country Music Awards on April 3rd, where Eldredge is nominated for male vocalist of the year.

But until then? He’s holding a spring break show on the beaches of Panama City. “My whole life in college and stuff I was playing music during spring break, so I never really got to experience a real spring break, so why not go live the spring break I always wish I had lived with tens of thousands of people out on a beach having a good time? I think that sounds alright to me.”

Eldredge spoke with Maxim about his love for fishing, performing with Willie Nelson, and what’s next.

What’s one item that every guy must own?You’ve got to have a solid suit. The suit game needs to be strong. Buy one and spend a little extra money to get it fitted to you just right. I think it’s always good to show up in style. I think that’s the biggest secret, and the biggest way to impress. Dress to impress, you know?

Is there a song out now that you love that most people would be surprised by?‘I Took a Pill in Ibiza’ by Mike Posner, that song right now is pretty awesome. I don’t think a lot of people would expect me to like that one.

Do you have a stand-out, crazy experience from your days on tour?Opening for Willie Nelson and standing next to his guitar that’s sitting on stage — its name is ‘Trigger.’ It’s one of the most famous guitars ever, and I was standing next to it during sound check and no one was around, and then here comes Willie Nelson, and he’s wanting to shake my hand and hang out. That was early on, and that definitely said, “Okay Brett, maybe you’re doing something right.”

If you ever have downtime, what’s that one thing you’re always doing?I’m always fishing. I’m going fishing in a couple days, actually. I love to get on a boat and go out in the ocean and hop around islands, or be out on a lake, or wherever, it doesn’t matter as long as I’m on the water. That’s where I’m at usually if I’m not on stage..

Do you have a go-to curse word to use?I feel like I use several of them, but ‘shit’ is pretty easy to use. It covers a lot of ground. You can say, “What’s the big deal?” or “Ah, shit.” It works.

What do you have coming up next?I want to try to do things a little different. I want to make things that are my own style, whether it’s the music I make, or the moments that I create with the people around me. In the end, that’s what you’ve got. You’ve got those moments and those memories that you’ll always look back on, and I don’t want to do it the same way. One of my worst fears is to be normal, and do normal-type stuff. Sometimes it makes me a little crazy, but I want to have my own thing, and I want to share and bring everyone along with me and say, “Remember when we all did this? Remember when we all had that moment?” I want to create those moments.