The ‘Art of More’ star talks life in the art world and owning a good suit. 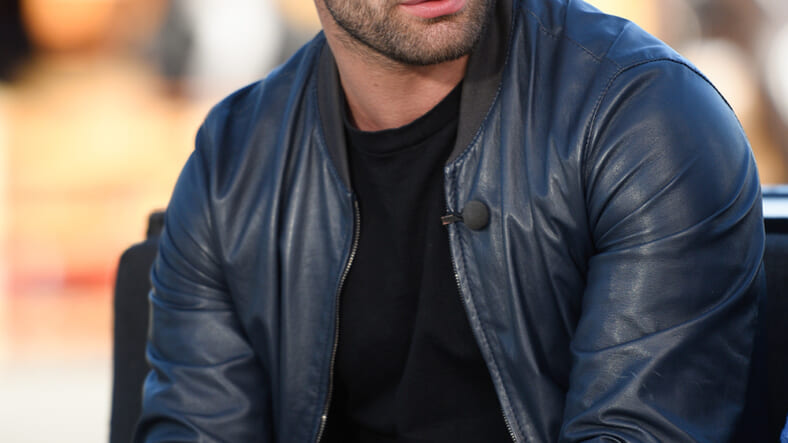 Christian Cooke finds the idea of ‘making it’ an odd concept. The English actor, known recently for his role on Lifetime’s Witches of East End, has climbed the entertainment ranks through commercials and bit roles, but it wasn’t until his part in the four-part miniseries, The Promise, that he felt as though he’d turn the corner in the right direction.“You hope to challenge yourself in different ways, and obviously, you get better and you’re constantly learning,” he told Maxim. “The Promise was huge for me, it was BAFTA nominated, and it was a lead role. Not every job is going to be the same, and I raised the bar slightly for myself after that.”Now, the rising star has the chance to pull back the curtain on a world that many haven’t witnessed on television before: the world of art. On The Art of More, Cooke plays Graham, a war vet who, after retiring from a life of art trafficking, is looking to be accepted in the world without his demons coming back to haunt him.

“It’s really a new, fresh concept on a world that alot of people see as elitist and impenetrable,” he told Maxim. “My character finds danger seducing, and the dark underbelly of the art world mixed with the glitzy auction world makes for really great conflict.”

And we forgot to mention that Christian gets to play opposite the always gorgeous (and former Hot 100 girl) Kate Bosworth every day. Thank God for a season two pick-up.

Christian talk with Maxim about his daily routine, owning a good pair of boots, and what’s next for him.

I’ve gotten to the stage where my daily routine is to make sure I have my iPhone charger in my pocket. We’re cursed with these iPhones that run out of battery in 20 minutes. But other than that, I don’t really follow anything – If I’ve got to be up for work early in the morning, or if I’m flying somewhere early, I’ll lay out exactly what I’m going to wear the night before. Purely, just so I can jump out of bed, jump in the shower, put my clothes on and be out the door in 10 minutes. I’m not one of those people that needs an hour to wake up and get in the car, or anything like that. I discovered Tod’s chelsea boots a couple years ago and I fucking love them. I’ve got them in black and brown and they’ve become my new trainer, really. I’ve wanted a good pair of boots for ages and these are great. They get better the more you wear them. You can wear them with jeans or with suit trousers.

Every guy needs a good suit, definitely. A good tailor, too. I really enjoy wearing suits. I have a good collection of suits. You always need one at some point in the year, probably more than one time.

With any downtime, you’ll probably find me just walking around. I love New York and London, and they have a similar vibe and similar energy. I’ll walk around and get a coffee, just kind of stare at the architecture. I do a lot of hanging out and drinking coffee.

My style has evolved quite a lot. I was into hip hop and R&B as a teenager, from British hip hop and underground hip hop to old school hip hop too. I dressed in the typical hoodie and I had an extensive sneaker collection. I would wait in line for limited edition Adidas sneakers. I guess I got to about 20 years old and it all went away. I don’t listen to hip hop at all now, it’s kind of really bizarre. I started listening to different bands and guitar-based music, and now I just wear regular shoes every day. I actually like winter so I can wear nice overcoats and things like that.

As for what’s next, at the moment, my focus is I’m directing a short film called Edith in the north of England. I’m in preproduction for it right now and raising money for it as well. We’re shooting at the end of January and it stars Peter Mullan, who’s been one of my hero’s for years, such an incredible actor. And Michelle Fairley is involved, who has done a whole world of work in the past but now has become forever known as Catelyn Stark in Game of Thrones just because of the huge success of that show. Acting wise for me, there’s things I’m reading and having meetings about, and we’ll see if I can squeeze something in between, after February. And then going back and doing season 2 of The Art of More in the spring.