Fantasy becomes reality for this breakout star of ‘The Magicians.’ 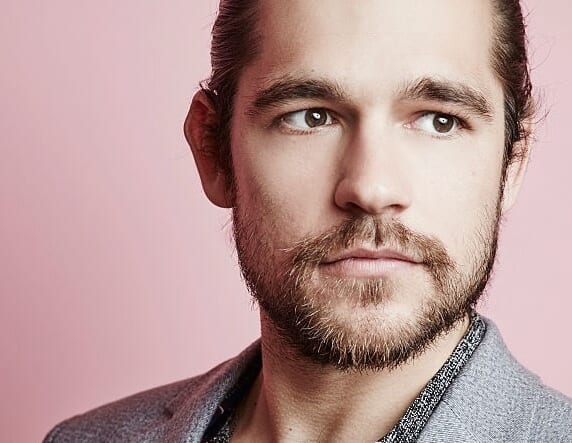 Jason Ralph’s love for acting didn’t begin with watching — it began with doing. Despite suffering from extreme shyness during his childhood, the Texas native found himself dropped in a theater class where a hands-on assignment provided him with a voice he never knew he had.

“We had to write out and perform ‘The Boy Who Cried Wolf,’ and it was a strange moment for me where I understood how structure worked,” the 30-year old told Maxim. “I started directing the piece and I had no idea I’d be good at this kind of thing. That was kind of the seed.”

While he’s been continuing with stage work and focusing on directing and storytelling (he currently has his own theater company, Strangemen & Co.), Ralph’s time spent in front of a camera hasn’t been for naught. His most recent stints on shows like Aquarius, Madam Secretary, and Manhattan have allowed Jason to enjoy the best of both worlds, with each new role providing valuable experience.

“Theater gives me that outlet of being a part of the process from beginning to end, while film is a little more compartmentalized and is more impulse driven,” he said. “It’s amazing to go into a room and have all these people support you and get to do your own thing, but it’s also amazing to be the person creating the room. There’s nothing like being on stage with the audience as part of the play.”

Ralph’s leading role as Quentin Coldwater in Syfy’s book trilogy-inspired series, The Magicians has captivated a whole other kind of audience. Labeled as ‘a more adult take on the world of magic,’ the show follows  Quentin as he enrolls in fictional Brakebills College to train as a magician only to find humanity on the brink of destruction. “He’s a romantic, perpetually disappointed kid, just learning how to try and be a man,” Jason said of his character. “Magic just keeps getting in the way of that.”

But one of the most appealing notes is how much the show isn’t about magic. “The show’s take on magic has always been that it’s not, similar to how The Walking Dead isn’t necessarily just a show about zombies — there’s so much more to it than that,” he said. “The world of magicians suffers from too many magicians and not enough bad guys. I have all these powers.. but what am I supposed to do with them?”

Jason spoke with Maxim about first date rules, being a minimalist, and what’s next.

What’s one item that you believe guy must own?I’m a minimalist kind of person, only one pair of boots, one pair of pants, and if I could, only one shirt. In that spirit, I’ve only ever wanted one pair of glasses and I’ve achieved what I want. Flip up, clip on sunglasses for the minimalist. Watches too – I only want one. It can be casual and matches and works for every occasion.

If you ever have downtime or a free afternoon, what’s your go-to thing to do?I very recently got a record player, which is very hipster of me, but now I’m enjoying the process of listening to music that way. You have to select the record and pull it out, and do the needle, and it doesn’t play forever. It’s like tending to a fire – you have to pay attention to it, and I enjoy that ritual. It’s not something you can do while you’re rushing. I also just got the newspaper delivered to my house and I feel like a grown up.

If you could trademark a saying or slogan for yourself, what would it be?#Bangarang. Hook came on in my hotel last week, and it came on twice, and I watched it back-to-back. I forgot how much I fucking love that movie, so now that’s my new thing.

What’s something you’re eager to cross off your bucket list? I want to travel to Europe. I’ve been under the delusion that that would be something that would just happen, but now I know it’s something I must actively pursue. Just go for a month, take my time, go on a tour. Check out London theater, the countryside of Ireland, Scotland, France. It would be amazing.

Is there a rule that men should always abide by on the first date?I like to believe if you are being yourself, you should just do whatever you would do. You’re not trying to impress, you’re trying to find someone who is a good match for you. If you’re being you, and people aren’t jiving with that, then terrific. You caught a fish and you throw it back. I don’t like the idea that you’re supposed to woo someone by doing things you wouldn’t want to do on an everyday basis.

Anything else going on for you right now?I actually have a theater company called Strangemen & Co., I’m the artistic director and co-founder. We have a play at New World Stages right now, called The Woodsman. It’s an open ended run, and it’s the origin story of the Tin Man, from The Wizard of Oz. We’ve been open for a month and a half now, and it’s been going really well. Everyone should check it out.