The ‘She Loves Me’ star talks theater, surviving a zombie apocalypse, and what not to do on a first date. 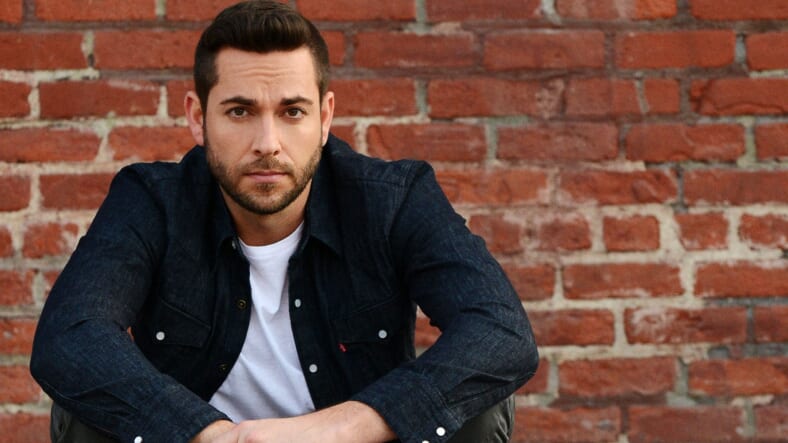 As the middle child in a large family, Zachary Levi did what it took to stand out.

“I was the only boy between two girls, lost in this massive sea of estrogen and looking for a voice, and probably some attention,” he told Maxim. It was after the Louisiana native uncovered what it truly took to make someone laugh and smile that he was hooked. With a passion for telling jokes and practicing voices and impersonations, Zach drifted towards theater, where he realized a structured place for entertaining audiences actually existed.

“When you’re in a moment in a show, you’ve got a whole audience laughing with you, that’s great affirmation that you’re doing something right,” he said. “And I tell you man, if that ever stops, where I’m performing and people aren’t responding to that, then I hope I know that’s the time to pack it all up and do whatever else I’ll do. And coming out to a curtain call, those are those moments when you think, ‘Thanks God, I’m still doing what I want to do and they still want me to be doing it.'”

Zach has evolved into a household name in Hollywood thanks to time spent in front of the camera, with leading roles in Chuck, Tangled, Thor: The Dark World, and most recently with Heroes: Reborn. And while it’s hard to compare television, film, and theater (like “comparing apples and oranges and bananas), the 35-year old’s latest outing has him hooked back on the greatest drug in the world: A live audience. Returning back to the stage after a long stint, you can catch Zach in Broadway’s latest hit, She Loves Me opposite the always gorgeous, Laura Benanti.

“If anybody’s ever seen You’ve Got Mail or the classic Jimmy Stewart movie from the 40’s called The Shop Around the Corner, it’s all based on the same premise. Basically, it’s a bunch of people who work in the same perfume shop, and the head clerk and this new hired girl are just butting heads all of the time, but unbeknownst to them they’re secretly each other’s pen pals,” he said of the show’s plot. “My character is the head clerk of the parfumerie, Georg Nowack. He’s a good dude who works hard, likes the people he works with, but is also a hopeless romantic, and is really hoping he could find love in the world. And when he finds out that the love he thought he had was this horrible girl, it just kills him. His world kind of goes into a total tailspin, but again it kind of all comes back around in a beautiful way at the end.”

Met with rave reviews and nominated for a whopping 8 Tony Awards (including one for Zach’s part as Georg), She Loves Me is charming and delivers on all counts with an abundance of hope, love, and some pretty damn good acting.

The ‘She Loves Me’ star spoke with Maxim about discovering theater, surviving a zombie apocalypse, and what not to do on a first date.

What’s a movie that you consider very overrated, and one movie you like that all of your friends judge you for?First is Titanic. I bawled my eyes out the first time I watched that movie, and the second time, I was like “Why did I like this? “And then something that’s just really fun and campy… Ice Pirates. It’s a super dumb movie from the 80s that I used to watch as a kid on cable and I just loved it. I want to remake it, it’s so silly but really funny.

How long do you think you’d last in a zombie apocalypse?I think I’d last pretty long actually because I think about this. I’m pretty well-prepped. In my home in LA, I have generators, I have non-perishable food – that’s for an earthquake. I’m not actually prepping for zombies, I just have the means to last quite some time. Also, I would not make all the stupid decisions that people in zombie movies and television shows make, because they choose to put themselves in peril for the story. I’d have an AR-15, with my Glock 40 backup.

You’re on a 10-hour flight, who do you want sitting next to you?Either Einstein or Tolkien.. C.S. Lewis would be pretty interesting too. People that are intelligent who also have a deep understanding and appreciation for life, and that challenged a lot of those aspects throughout out their life, and asked why? What brought you through all of this stuff?

If you ever have any downtime, what do you usually find yourself doing?  Netflix and chilling by myself. Or, if I have a time where I can catch up with friends and find a window, I’ll do that. But She Loves Me is so intense, it takes a lot out of me, so I’ll just sleep in and get some food and go to the theater, and do it all again.

You’re about to get in a fight. What song comes on as part of your soundtrack?“Killing In the Name” by Rage Against the Machine. “Fuck you, I won’t do what ya tell me!”

What’s one thing a guy should never do on a first date?Just don’t be a dick. Dating is so fucking dumb man, it’s so weird. It’s so fascinating, girls say chivalry is dead. And it’s like if it’s dead, you fucking killed it. Because it used to be a guy could be a guy and a girl wouldn’t be offended if he got the door or something, and now it’s like “I can get the door for myself, I’m a strong woman,” and then it’s like “Fuck! I don’t know anymore.” First, know the type of girl you’re going on a date with, and if she’s into chivalry, that’s great, and if she’s not, then she’s not.

So what else is coming up for you?I want to travel the world more, and I want to get my pilot’s license and my scuba license. As far as my career’s concerned, I just want to keep making cool shit that people enjoy, and as far as my life’s concerned, I want to find love and have a family one day.