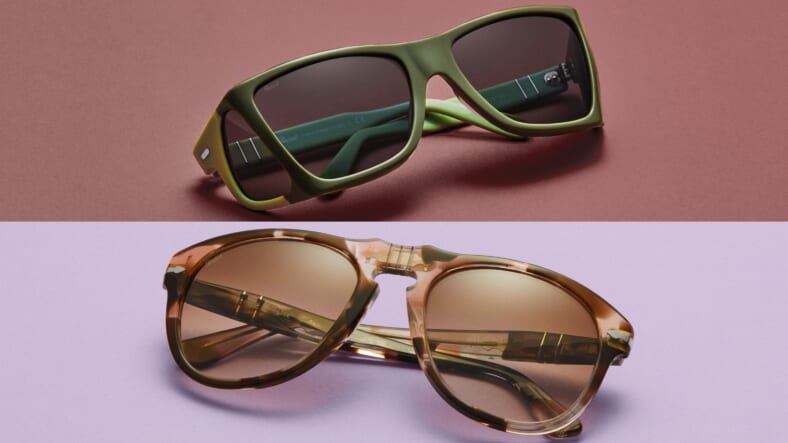 The classic shape of the Persol 649 shades certainly needs no introduction, having maintained an icon status since actor Marcello Mastroianni donned them in the 1961 classic movie Divorce, Italian Style.

But JW Anderson’s almost dissonant take on the frames renders them like never before in one-of-a-kind recycled acetates that mottles blue with amber and red, brown with pink, and different tortoise-inspired greens.

The second pair, the Persol 0009, looks like something from this century, but the four-lens design actually dates back to 1935, according to Inside Hook. JW Anderson sought to create juxtaposition with two-tone frames coated in blue and pink, black and white, dark and light green, and orange and light blue.

“I really wanted to work with Tyler. He is such an incredible artist and photographer. I wanted images
that became kind of poetic miniatures, almost like windows,” said Anderson.

“I love what Jawara does as well. His
hairstyles are amazing and helped creature this incredible portraiture that you somehow can’t place in
time.”