Get to the Choppa in ‘The Predator’-Inspired Reeboks

These camouflage kicks drop the same day as ‘The Predator” reboot. 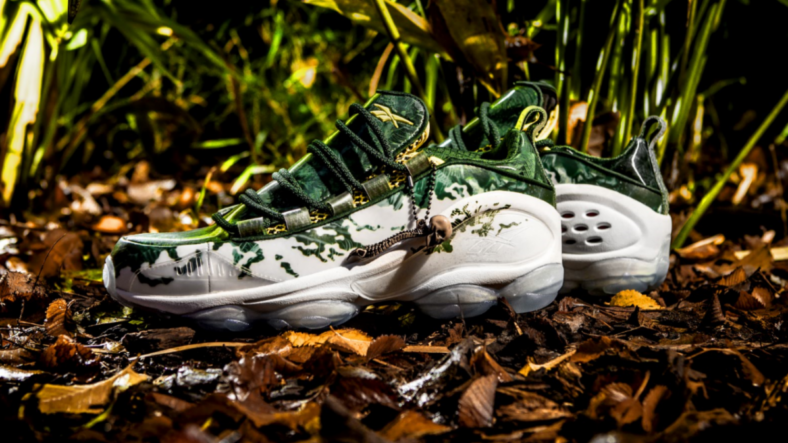 You can’t outrun a swarm of human-hunting Predators without proper sneakers. Luckily, Reebok has all of you would-be warriors covered.

In a joint effort from the footwear brand and 20th Century Fox, limited-edition pairs of tried-and-tested DMX Run 10 have been tricked out with decorative nods to the franchise.

The kicks are coated with a jungle-green lenticular camouflage meant to mimic the Predator’s eerie invisibility cloak. A message that reads “over here” and “turn around” in the beastly creature’s native language is scratched on the inner tongues, while military coordinates you definitely shouldn’t follow are inscribed near the heel.

A borderline creepy “spine trophy” that we really hope is removable hangs from the laces to complete the Predator-inspired package.

The DMX Run 10 “Predator” will retail for $200 on Reebok’s website and Extra Butter this Friday, September 14 when The Predator hits theaters.

Watch the final red-band trailer above.