Serve up some shock-resistant style on your wrist. 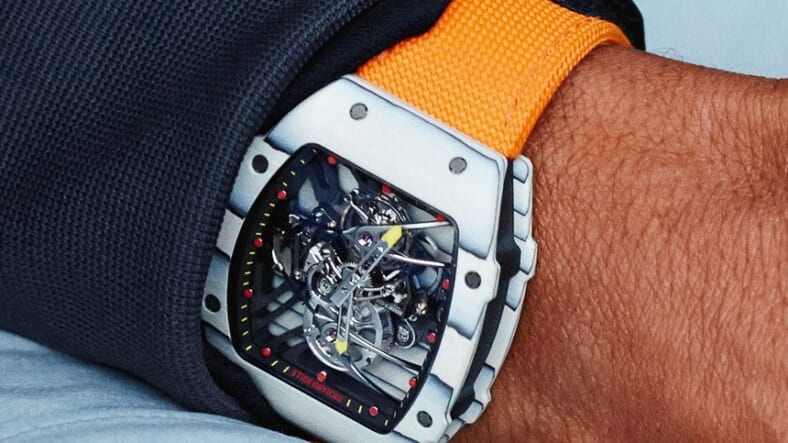 Swiss luxury watch brand Richard Mille has released a striking new timepiece for the French Open celebrating its partnership with Spanish ace Rafael Nadal. The RM 35-02 is designed to be lightweight and shock resistant so you can wear it even while serving at 110 mph.

The watch also features Richard Mille’s new RMAL1 caliber, a self-winding skeleton movement with hours, minutes and seconds functions. Its baseplate and bridges are made from wet sandblasted grade-five titanium with a black PVD finish for a smooth yet immensely durable timepiece.

Another key feature is the introduction of a variable inertia balance wheel driven by a double-barrel system which improves the watch’s performance and boosts precision and reliability in case of shocks – like a hard return from Andy Murray.

The watch’s exclusive variable geometry rotor allows the automatic winding function to be adjusted to suit the wearer’s level of activity. The RM 35-02 is also waterproof to 50 meters and comes in a choice of NTPT Carbon or bright red Quartz-TPT with white highlights, and silicon layers treated with a red resin specially created for the brand.

So strap one on and get ready for a grand slam….