“My shoes will always be better than yours!” 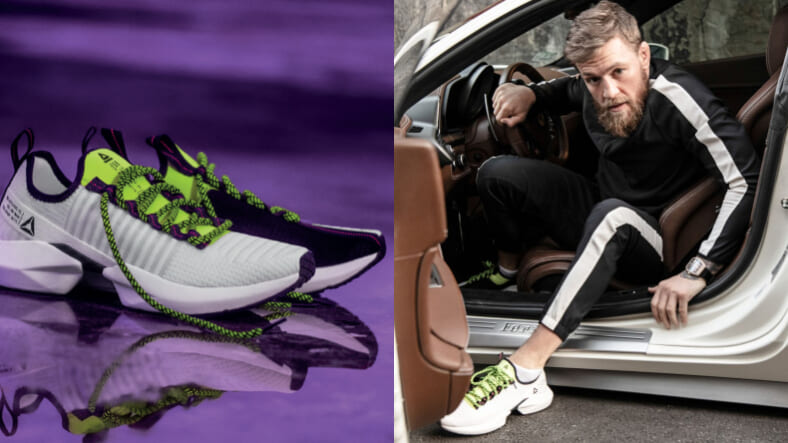 Conor McGregor is not only peddling a custom “fuck you” suit line and his beloved Proper No. 12 Irish whiskey, he’s also now a global ambassador for Reebok’s latest sneakers.

“I think in order to do anything extraordinary in this world, you must be fearless,” McGregor said in a statement to Men’s Health.

“That’s not to say never be afraid, because we are all afraid at some stage, but just not be afraid of external things like failure.”

McGregor posed with his new kicks alongside a white Ferrari in a trio of photos posted to Instagram with the caption, “My shoes will always be better than yours!”

McGregor isn’t the only star aboard Reebok’s so-called “#SplitFrom” campaign. He’s joined by rappers Cardi B and Lil Baby, Los Angeles Rams wide receiver Brandin Cooks and Game of Thrones actress Nathalie Emmanuel as official endorsers of the Sole Fury, according to Billboard.

Reebok has further details on the inspiration behind the kicks design:

Additional features a breathable mesh upper and a stabilizing propulsion plate that’s incorporated into the midsole.

The Sole Fury and Sole Fury Floatride are available in a variety of styles and color schemes for $90 and $140, respectively.