Just 150 pieces of this striking luxury timepiece will be sold. 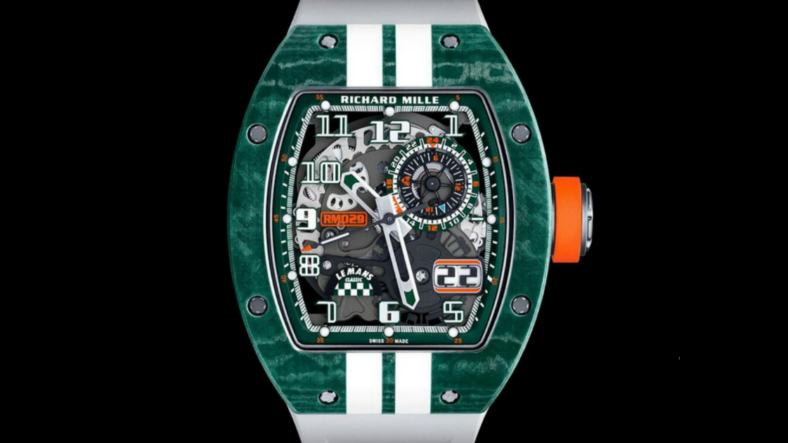 The Le Mans Classic is coming back next year after a pandemic-induced hiatus, and luxury watchmaker Richard Mille is celebrating with this striking new sporty watch, the high-end designer’s eighth limited edition piece meant to commemorate the race.

Le Mans is set for July 2022. Next year also marks the 20th anniversary of Richard Mille‘s Le Mans sponsorship, which involves a competition among 700 historic racecars at the less well-known Bugatti Circuit course.

Only 150 of Mille’s new RM 029 Automatic Le Mans Classics will go on sale.

Mille’s watches have been in demand — at least in part — due to the designer’s unique approach, which is the opposite of the fussy minimalism seen in products from legacy watchmakers. The Le Mans Classic is no exception, as it comes in an eye-catching white striped green case.

The Classic is also, like most Mille watches, a masterpiece of microengineering, equipped as it is with the designer’s Quartz TPT (Thin Ply Technology, which involves microscopically slim carbon fiber sheets combined with quartz fibers).

Richard Mille machined a block of white Quartz TPT to create the main part of the case. The bezels are made from the same material. The key design features that function as a visual shoutout to Le Mans are double Le Mans stripes also made out of white Quartz TPT and inlaid on the green bezel – a Mille design first.

Additional features and specs include:

Again, only 150 of the RM 029
Automatic Winding Le Mans Classic will be sold and this model retails for $176,000. Learn more here: RichardMille.com.