Would any self-respecting bro be caught dead wearing it? 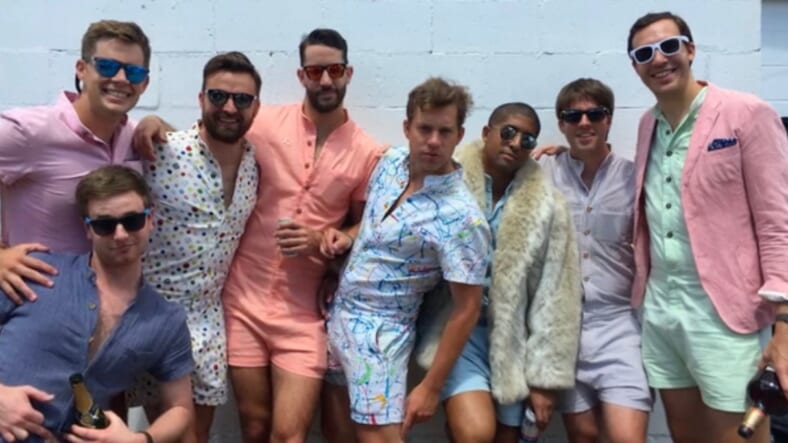 The romper, that easy-to-wear one piece favored by cute girls at music festivals, is a divisive piece of fashion. Some say it’s basic, but it definitely looks pretty damn cozy.

The Romper is about to get a lot more controversial. A group of bros have co-opted the romper, launching a Kickstarter for the “RompHim“—a romper for dudes.

Heading into #coachellaweekend2 with our freshest new styles. Great for #pooltime, #festivalseason and everything in between.

It doesn’t look… terrible. It sort of just looks like a button-up shirt with shorts (classic bro attire), but in a bevy of preppie pastels and patterns.

We'll miss the @heineken beer tents at #stagecoach, but not mad about the increased beer mobility.

“We spent countless hours designing the RompHim to be your favorite summer outfit,” the company said in a statement. “Concerts? Beach days? Rooftops? Pool parties? Leisurely strolls? This super-garment is designed to take them all on in style.”

Read more about the RompHim on its Kickstarter, which has surpassed its $10,000 funding goal fourfold. Expect to start seeing these at tailgates and pool parties sooner than you think.