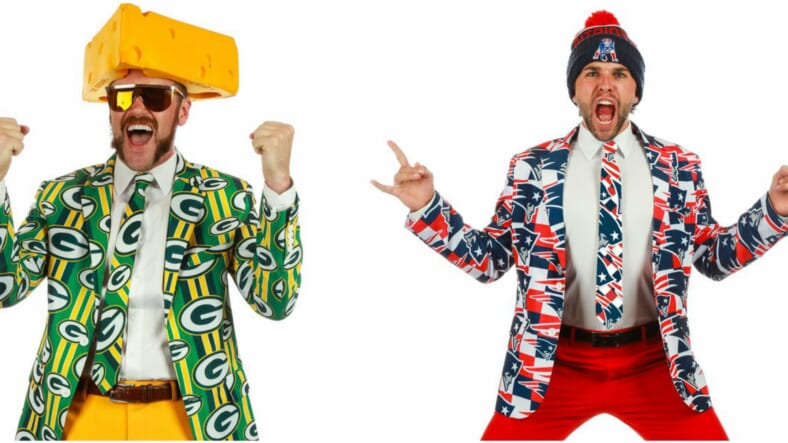 If you’re looking for a piece of NFL apparel that’ll keep you screaming for your team long after your voice gives out, then look no further!

Shinesty—the same outfitters that allowed men everywhere to transform their junk into wild beasts with absurd-but-awesome animal print boxers—continues to make good on their promise to curate “the most outlandish collection of clothing the world has ever seen” with their NFL licensed team blazers.

“Never before has one garment been able to satisfy the work dress code, your wife’s desires, and your borderline obsessive compulsion to will the boys to victory on Sunday by yelling into your 60″ television like a madman.”

We’re not sure these things will really make the wife or boss very happy, but it’s worth a shot, damn it!

Each tailored-fit jacket is made from 100 percent polyester and comes with a matching tie. By our estimation, they’ll instantly transform you into the most batshit fan in the crowd.

With 27 different franchise patterns to choose from, chances are good they’ve got a blazer emblazoned with your team’s trademark.

As the NFL season approaches, we’re guessing these things are going to sell out fast, so head over to Shinesty’s website and get yours for $99 now before they’re gone.