This super luxe timepiece is guaranteed to give you the Power of Grayskull. 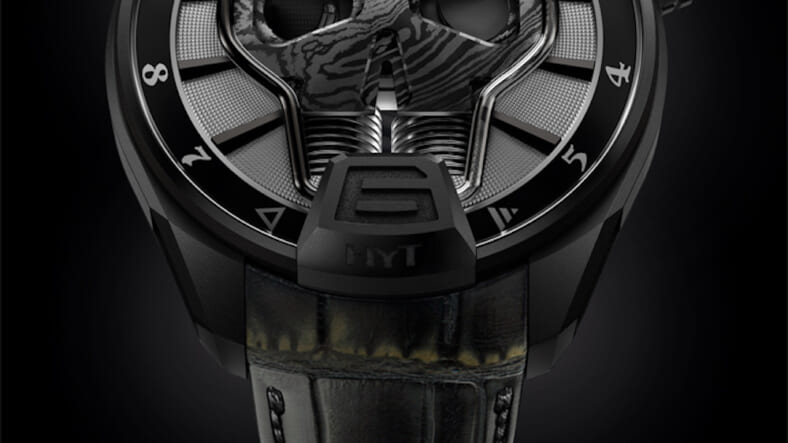 Not everyone should strap on a skull watch. Much like that famous death’s head ring worn by Keith Richards, we can’t all pull off such an aggressively ghastly accessory. A skull watch can be badass on the right wrist (a peak-period Glenn Danzig would surely do it justice) or sadly descend into a sea of cheese on the wrong one.

Only 50 of these ghoulish titanium marvels are being made, all of which run on a mysterious opaque hydraulic liquid surrounding the mechanism driving the watch’s movement.

The signature skull is meant to mimic Damascus steel, best known for Samurai swords and the most rarefied of knives, which adds to the gothic appearance of its matte black 51 mm case constructed from microblasted titanium, a dial with two half-moons decorated with a “Clous de Paris” pattern, and a buffed alligator strap.

Pricing has yet to be released, but judging from the HYT’s previous offerings, expect a uniquely over-the-top bauble that’s listed somewhere in the six-figure range. In the meantime, get pumped with this hard-rocking “Dark Side of the Skull” video that riffs on this Bad Boy’s sinister ethos.