Disney’s New ‘Star Wars’ Hotel Is Out of This World

Travel to a galaxy far, far away aboard the new Star Wars: Galactic Starcruiser concept hotel. 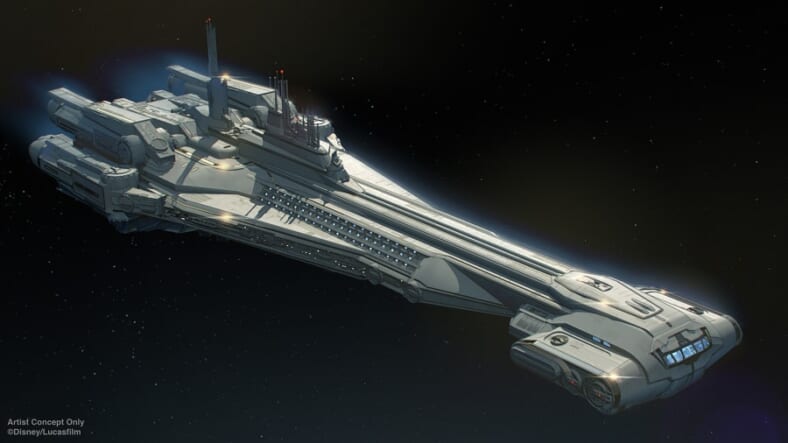 The concept hotel was announced at the D23 Expo. It was revealed to be a two-day vacation aboard the Halcyon—as Walt Disney Imagineering creative director Ann Morrow Johnson says, a “legendary ship with an unparalleled level of service.”

The hotel experience will be similar to that of an ocean cruise with guests checking in at a Disney World terminal where they’ll enter a launch pod that simulates taking them to outer space to board the Starcruiser.

Once at the hotel, while interacting with an alien crew, guests will learn about the ship’s navigation and receive lightsaber training. They will also have a “port day” to visit the fictional planet of Batuu at Star Wars Galaxy’s Edge.

Each room will also have a digital screen that simulates being in outer space, making for incredible “views” from every room in the hotel.

Disney has yet to announce the opening date of Star Wars: Galactic Starcruiser or its prices, but you can learn more about the hotel on the Disney blog.