The Supreme Logo Is Officially The World’s Most Powerful

See the rest of the iconic brands that the streetwear giant beat out. 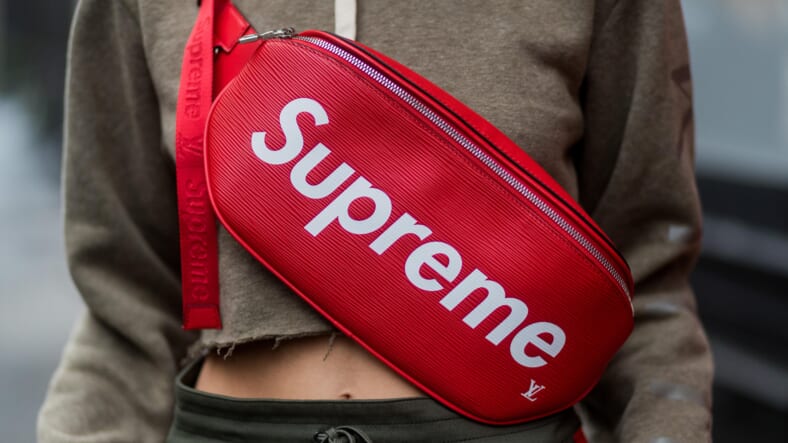 Supreme, the mega-hyped streetwear giant that’s been branded onto everything from $1,800 luggage to German harmonicas and even bricks—yes, bricks—officially has the most powerful logo in the world.

Thanks to collaborations with BEAMS, Timberland, Beauty & Youth and END, Champion secured the runner-up spot. FILA, Prada and Fendi rounded out the top five.

Check out the brands with the top 10 most powerful logos below:

“Together, Wesco and BAE support a fighter jet called the Typhoon,” Minhaj tells the Patriot Act audience, “which is used by the Saudis to bomb Yemen.”

He also criticized the financial firm for its holdings in fast food chains like McDonald’s and Dunkin Donuts.

“This is a company that profits off of war and obesity,” he says. “Why are they trying to sell Supreme fanny packs to dudes with man buns?”

He has a point, but these Supreme x Vans skate shoes are pretty dope.